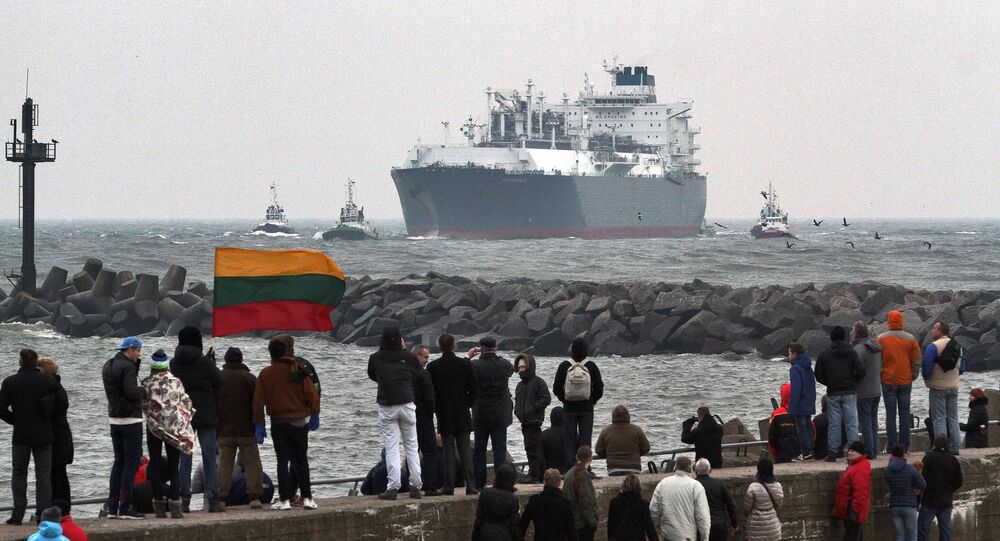 Amid new US sanctions targeting Russian energy company Gazprom's projects with European partners, the Lithuanian president commented on US' LNG supplies to the country.

"US liquefied natural gas changes the playing field on the European gas market. It is an opportunity for the European Union to abandon dependence on Gazprom and ensure secure, competitive and diversified gas supplies," the Lithuanian president stated, as quoted by her press service, at a meeting with a US Congress delegation.

© Sputnik / Grigory Sisoev
By 'Trying to Kill Nord Stream 2', US Risks Having 'Serious Tensions' With EU
According to Grybauskaite, Lithuania's Baltic Sea liquefied natural gas terminal has become "the gate for US gas in the region" since the beginning of US gas exports to Europe.

The first shipment of the US liquefied natural gas arrived at the port of Lithuania's Klaipeda on August 21.

Over recent years, Russian energy giant Gazprom has become a target of sanctions. According to some senior Russian and European officials, new sanctions imposed by the United States on Russia are aimed at squeezing Russian natural gas out of the European market and promoting US supplies instead.

© Sputnik / Vitaliy Ankov
US Unable to Replace Russian Gas Supplies to Europe - Russian Envoy to EU
Earlier in the month, US President Donald Trump signed a bill imposing sweeping sanctions on Russia, Iran and North Korea. The bill targets Russia’s financial and energy sectors and counteracts the construction of the Nord Stream 2 gas pipeline from Russia to Europe.