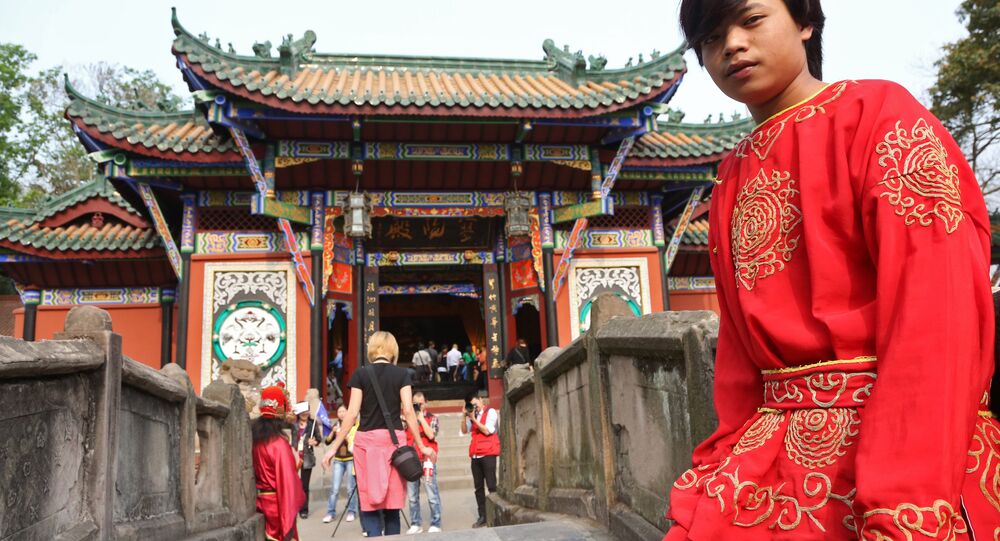 Delegate to the BRICS Business forum Jane Sun stated that ninth BRICS Summit in the coastal city of Xiamen is a good opportunity for China to brand itself as a tourist destination.

XIAMEN (Sputnik) – The ninth BRICS Summit in the coastal city of Xiamen is a good opportunity for China to brand itself as a tourist destination, CEO of the world's second largest online travel agency by market cap Ctrip and delegate to the BRICS Business forum Jane Sun told Sputnik on Sunday.

"We have a good infrastructure in China, and a diverse culture. So it's an interesting place to visit. But China needs to do a better job to brand itself. Hosting a BRICS summit is one of those means," Sun said.

The summit is being held on September 3-5 in a new so-called BRICS Plus format, with leaders of such non-BRICS countries as Egypt, Mexico, Thailand, Guinea and Tajikistan. The city of Xiamen, located in the southeast of China, is itself a popular tourist attraction, with its scenery and cultural and historical heritage.

"China needs to do a lot. Multilateral visa restrictions need to be eased — for example, those from Europe to China. Now it's hard, because Europeans only give a 10-days visa [for the Chinese visitors]. Same thing for Europeans who want to come to China, it's 10 days. So it's equally difficult, it's a lose-lose situation. On both sides we need to do a lot," Sun explained.

© AP Photo / Mark Schiefelbein
BRICS Bank 'Proud to Support' Judicial Reform Project in Russia - Vice-President
She added that China needed to work on making the country more "English-friendly," as only young generation can now speak English, but the majority of people are not fluent.

According to Sun, Russian and Indian tourists are the most promising for China at the moment.

China's revenue from international tourism is reportedly expected to reach $126 billion in 2017. Cities of Beijing, Shanghai, Xi’an and Guilin are among the top destinations for tourists in China.