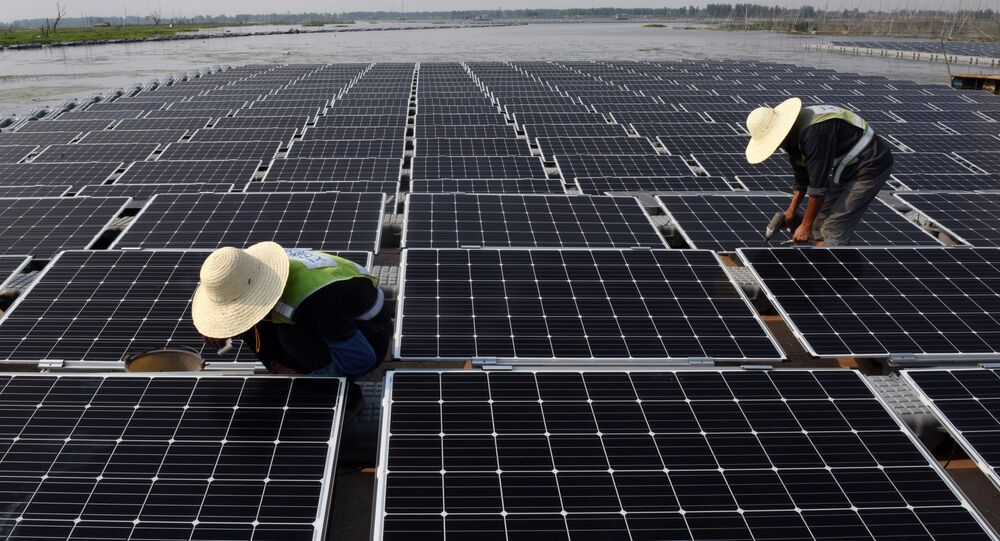 Figures released by the Asia Europe Clean Energy (Solar) Advisory (AECEA) solar industry firm indicate that China has far surpassed it goal of 105 gigawatts by the year 2020 due to its expanded solar capacity. This makes China a world leader in solar power.

China isn’t stopping there: the country has altered its solar installation forecast for 2017, saying now that capacity could reach 45GW this year. In light of this development, SolarPower Europe is urging Europe to shift its renewable energy target for the year 2035 from 27 percent to 35 percent.

The Global Market Outlook report recently released by SolarPower Europe suggested that unless targets are raised the region will have a hard time hitting its original goal of 27 percent, arguing that only a target of 35 percent target will give the industry sufficient momentum.

China boasts the world’s largest on-land and floating solar farms in the world, with the land-based one measuring 30 square kilometers, according to Euractiv. The newly opened floating facility comprises more than 160,000 solar panels spreading over 86 hectares (0.86 sq. km) of water surface. But Beijing’s solar sector still has its issues outside of its capacity and ambitious projects.

Only 1 percent of the country’s energy demand is met by solar power, despite China meeting its 2020 solar power goal, as coal is still Beijing’s chief source of energy.

The country’s solar and wind energy power sectors are also facing a curtailment crisis. Curtailment in the wind industry refers to energy forms that exist but aren’t used – wind that for some reason isn’t caught. China’s national wind curtailment rate stood at 13.6 percent for the first seven months of 2017.

Late subsidies are also a problem, as many energy firms have had their bottom lines negatively affected by the late arrival of funds from feed-in tariffs used to pay them for generating power.