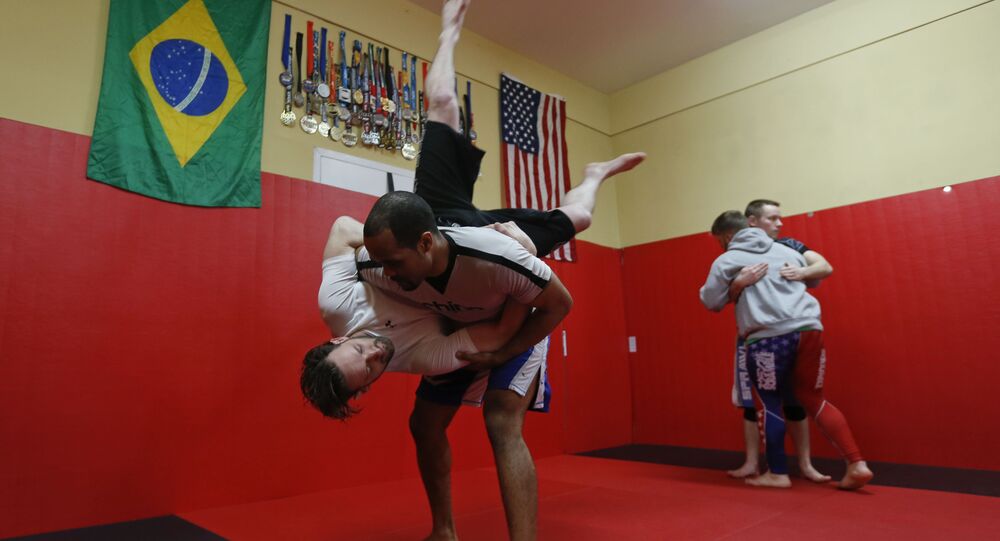 Canada’s Brazilian jiu-jitsu championship in Montreal was postponed this weekend after the sport was declared illegal. The group posted on its Facebook page that Montreal police (SPVM) would make arrests at the Pierre-Charbonneau Centre, where the event was to be held, if it went on as planned.

The statement read that, "The SPVM, acting on an internal legal memo that included jiu-jitsu as a combat sport — i.e. having strikes ("an encounter or fight with fists, hands or feet") — informed the Abu Dhabi Pro Jiu-Jitsu committee that they would proceed to enforce the section to arrest any participant in the tournament."

It further explained that although Brazilian jiu-jitsu differs from conventional jiu-jitsu, in that it does not feature any strikes using feet, fists or hands, SPVM was unaware of this and wanted to avoid legal complications for people from outside of the country.

The movement was rescheduled to May 5.

Organizer Danny An Khoi Vu told CBC that, "For us, it was a huge shock because it was never a problem before. We didn't even think it could be a problem."

SPVM spokesman Jean-Pierre Brabant explained, "When we were advised of the event, we met with the promoter mentioning that if he was going to do the event — because he was not part of a federation or that he didn't get the [approval] of the International Olympic Committee — there could be some consequences to the event…There could be arrests made to the promoter, the fighters or even the people that were attending that place."

Tournament organizers believe Brazilian jiu-jitsu should not be included in the prohibition as the sport lacks the requisite boxing and striking elements. Vu suggested that authorities may have confused the two styles of martial arts.

Organizers say that the cancellation of the event "was not a decision that was taken lightly. However, considering that our first priority is the security of our competitors and secondly the reputation of our great sport, we believed that there was no other alternative [than] to the postponement of the tournament."

They are currently in talks with officials in other Montreal municipalities to see if the tournament can be held elsewhere.