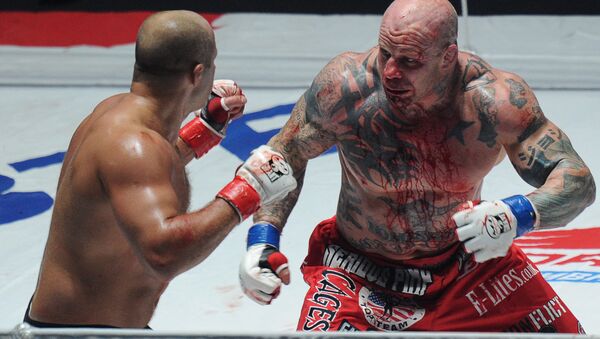 It has been announced that Jeff Monson, one of America’s best-known mixed martial artists, has been granted Russian citizenship.

Mixed Martial Art Fighter Jeff Monson Wants Russian Citizenship
MOSCOW (Sputnik) — The announcement was made on Friday after his win in a fight against Russia's Konstantin Skrel in Moscow.

The 44-year-old jiu-jitsu World Champion, nicknamed ‘"The Snowman," has a Russian girlfriend and has been seeking to become a Russian citizen for the past two years.

He is the second well-known US fighter to obtain the Russian citizenship this year after legendary boxer Roy Jones Jr.