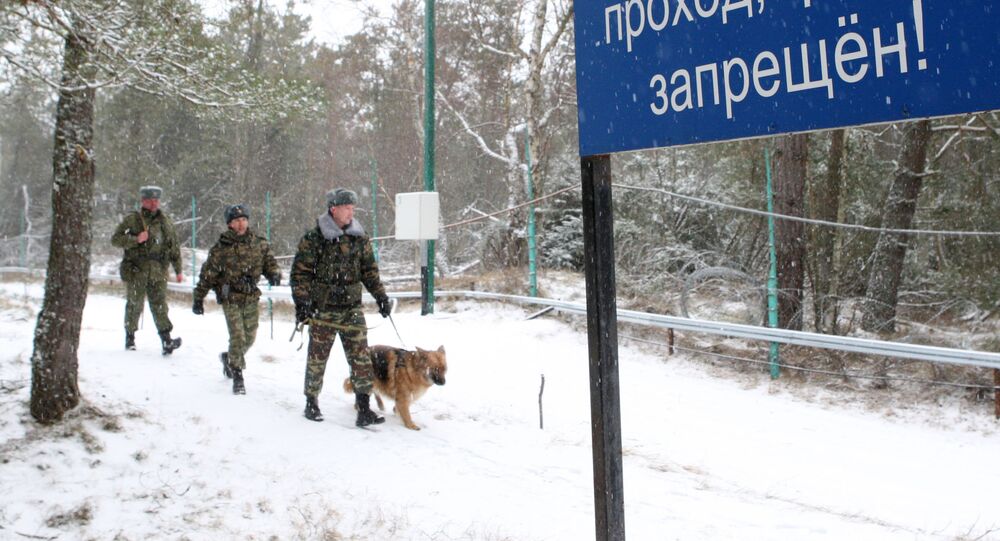 Immigrant-friendly Germany is annoyed with Donald Trump's plans to build a wall along the US border with Mexico; at the same time, Berlin didn't think twice before ordering German soldiers to protect a new Lithuanian "fence" along the Kaliningrad exclave's border from "Russian tanks", according to the German news website NEOpresse.

© AFP 2021 / CHRISTOF STACHE
'Obama Expects Contributions': Germany Will Deploy Troops in Lithuania to 'Contain' Russia
The "whole world" is "rightly" outraged with US President Donald Trump's plans to construct a wall along his country's border with Mexico, the German news website NEOPresse reported.

The US, however, is not the only country with plans to erect a barricade on its borders, according to NEOpresse.

"The EU's Baltic States are also erecting fences and barriers. First of all, Lithuania plans to build new border fortifications. Due to its tense ties with Russia, Lithuania wants to encircle the Russian exclave of Kaliningrad with a two-meter high fence," NEOpresse said.

The populists want to build another wall! Wait: built by Lithuania, funded by the EU, 130km long and against Russia https://t.co/UBP0JS3RL9

First and foremost, the concept refers to "a threat of war without using nuclear weapons," NEOPresse said, adding that "apparently, the Russian tanks are still expected [in Lithuania]."

"But don't worry: help is coming. NATO is already deploying its tanks to the Baltic States, with the Bundeswehr due to arrive soon in order to protect the new Lithuanian fence. The question is whether the German soldiers will scold Trump," NEOPresse quipped.

When announcing his presidential bid on June 16, 2015, Trump said illegal immigrants from Mexico bring mostly drugs and crime to the United States, and characterized them as rapists. He has repeatedly vowed to build a wall between Mexico and the United States, saying that Washington would pay for the construction.

Earlier this month, Lithuanian Internal Minister Eimutis Misiunas said that his country's 2017 budget earmarks 3.6 million euros ($3.8 million) for the construction of a fence on the border with Russia's Kaliningrad exclave, which also borders Poland.

For his part, Lithuania's Prime Minister Saulius Skvernelis said that the construction of the fence will ensure his country's economic security and prevent illegal migration.

© CC BY-SA 2.0 / Jordi Payà / IMG_0027
Madrid's Castles in the Air: Spanish Jets to Spy on Russia Over Baltics
The border between Lithuania and Kaliningrad runs 255 kilometers, passing through the Curonian Spit and Curonian Lagoon, then following the course of several rivers and Lake Vistytis.

Currently, the border between Lithuania and the Kaliningrad region is only marked by special signs and a 13-meter wide control line.

Last year, German media reported that the Bundeswehr is planning to deploy its soldiers to Lithuania as part of NATO's mission, aimed at "containing" alleged Russian aggression.

NATO' Future: 'Era of Free-Riding' is Coming to an End for Europe