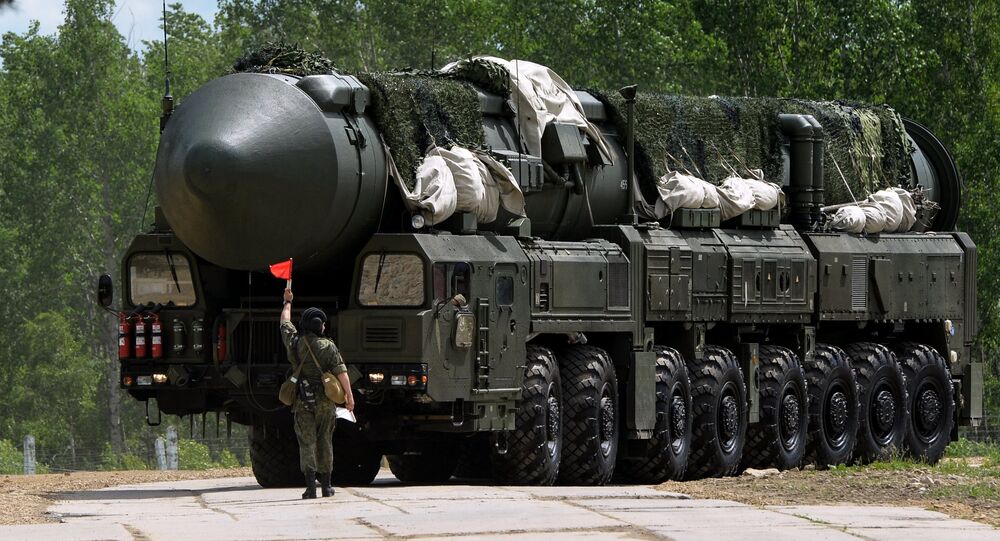 Putin said that Russia was forced to improve its nuclear weapons after the US pulled out of the Anti-Ballistic Missile (ABM) Treaty in 2002.

"In Turkey, in Britain, in the Netherlands, a replacement of American tactical nuclear weapons is underway. So if anyone is instigating this arms race, it is not us," Putin said.

He also emphasized "we will never be dragged into an arms race to spend more than we can afford."

In an interview with Sputnik Germany, Austrian political analyst Gerhard Mangott described the active modernization of Russia's nuclear weapons as a response to Washington's plans to create a comprehensive missile defense system and "a military unwinding spiral."

"During his press conference last Friday, President Putin addressed the issue of tactical nuclear weapons when speaking of the US's unilateral withdrawal from the Anti-Ballistic Missile Treaty," Mangott said.

© REUTERS / Mike Segar
Not Friend, Not Foe: How US-Russia Ties Will Change Under Trump's Administration
Although the US deployed its tactical nuclear weapons in Europe, namely, the Netherlands, Italy and Germany, Russia has for a long time had a significant advantage in this field, according to Mangott.

"Russia justifies its large number of tactical nuclear weapons by noting the fact that NATO countries have a considerable superiority in conventional forces."

In this regard, the question is whether Moscow and Washington will manage to reach a consensus on nuclear arms-related issues under US President Donald Trump.

Mangott said that one should tread carefully on the issue, given that Trump recently signaled his readiness to strengthen the US nuclear arsenal.

"In response to Trump claiming that the US will win a possible new arms race, Putin made it plain that Russia will not be dragged in this race," Magnott added.

According to him, Moscow's approach is absolutely realistic because "Russia does not have economic power in order to defeat the United States when it comes to an arms race."

"Russia will focus on affordable asymmetric measures to maintain its defense capacity. The risk of lagging behind the US and demonstrating a clear gap in the nuclear weapons sphere is very small for Russia," he concluded.

Commenting on his recent words on nuclear weapons, US President-elect Donald Trump said last week that the United States may enter an arms race.

© AFP 2021 / JOHANNES EISELE
NATO Should Stay Vigilant to Avoid 'Arms Race' With Russia
"Let it be an arms race, we will outmatch them at every pass. And outlast them all," Trump said, commenting on his Twitter post, as quoted by the MSNBC broadcaster.

Earlier, Trump said on his Twitter account that Washington should look into expanding its nuclear potential. "The United States must greatly strengthen and expand its nuclear capability until such time as the world comes to its senses regarding nukes," he tweeted.