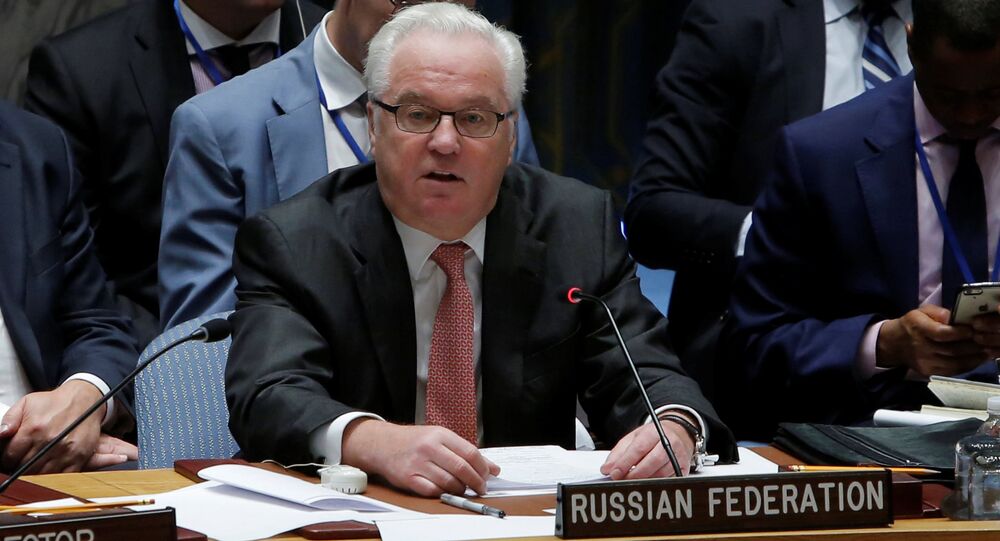 Russia's proposed United Nations Security Council resolution which called for Al-Nusra Front terrorists (al-Qaeda) to be evacuated from the city of Aleppo in order to advance peace failed with several Western countries refusing to support it.

On Saturday, Russia proposed an alternative United Nations Security Council resolution on the crisis in Syria's Aleppo that called for Al-Nusra Front terrorists to be evacuated from the city in order to allow peace and reconciliation efforts between the Syrian government and the so-called moderate rebels to advance, but that proposal died on the floor with the Western bloc of the UN refusing to support the proposal.

The idea behind the proposal is based on observations by the United Nation's Envoy to Syria who viewed the removal of the notorious terrorist group that was formerly Syria's al-Qaeda affiliate as a positive step that should be taken and a potential precursor to bringing down the growing level of violence in the besieged city of Aleppo.

The Russian proposal only received four votes in favor while nine countries voted against it and two countries abstained so a veto was not needed to stop the vote.

The situation in Aleppo has worsened in recent weeks with following a US-led coalition airstrike on the Syrian Army base in Deir Ez-Zor killing 82 and wounding several hundred others right in the first days of the ceasefire. Additionally, Russia recorded over 300 ceasefire violations by the so-called moderate rebels who openly refused to participate in the peace deal brokered between the United States and Russia with one leading rebel group — Ahrar al-Sham — also saying that they would not disband from their union with Al-Nusra.

Moscow Must Pressure Syrian Gov’t, Resume Talks With US on Syria