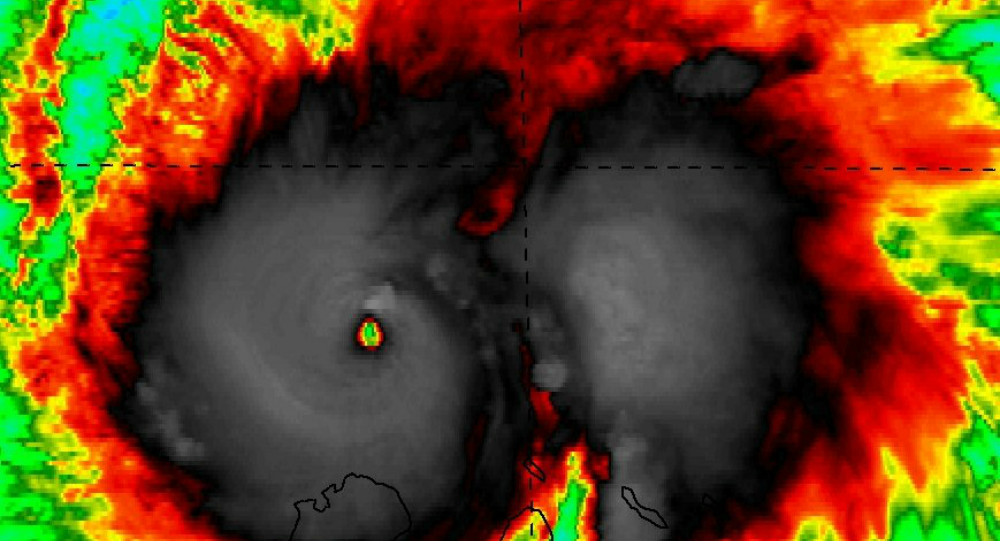 The Category 4 Hurricane set to devastate Haiti with 145MPH winds, 40 inches of rain, and 12 foot storm surge looks to be an unprecedented human tragedy with the country failing to recover after the 2010 earthquake with many in Haiti faulting the State Department, Clinton Foundation.

Two weeks ago the former Senate President of Haiti Bernard Sansaricq told a crowd of Donald Trump supporters that the Clinton Foundation stole "billions" from the Haiti relief fund following the tragic earthquake that left some 316,000 people dead due to the cascade of weakly supported structures and an outbreak of cholera.

National Hurricane Center
Hurricane Matthew to Cause Catastrophic Loss of Life in Haiti, Hit US Next Week

The Clinton Foundation has been much maligned in the years that have followed for alleged malfeasance in their relief work following the 2010 natural disaster as Hillary Clinton was Secretary of State at the time and decided to contract with the Foundation, despite the obvious conflict of interest, to provide for the relief effort.

The Foundation reportedly raised $30 million for Haiti relief projects, but locals say that the projects never fully materialized while others point to luxury hotels that were allegedly constructed with relief funds in order to benefit the country’s ruling establishment.

Haiti now finds itself in as vulnerable a state as it has ever been with a Category 4 Hurricane barreling in its direction with winds expected to be in excess of 145MPH at landfall (with gusts of 170MPH) which is predicted to do catastrophic damage to the shanty structures that remain years later.

The howling winds are expected to be the least of the catastrophe, however, as the storm is forecast to move slowly or stall over Haiti dumping in excess of 40 inches of rain over a three day period while ripping up a storm surge of 12 feet above normal sea level inundating the country with massive flooding and horrific landslides.

International humanitarian groups already worry about the potential for a renewed outbreak of cholera for those who can survive the excessive winds and flooding caused by the high seas and torrential downpours from the catastrophic hurricane.

The potential for loss of life resulting from Matthew is almost unimaginable given the country’s vulnerability with the crisis only further exacerbated by the failings of the relief effort in 2010 by the Clinton Foundation – whether or not it was the result of corruption or simply a failure.

Perhaps Hillary Clinton’s worse failure as Secretary of State will be on television screens around the world in less than 24-hours as the Haitian people face a hell that is almost unimaginable – an October surprise that may very well thrust Donald Trump to the presidency, but a surprise that is no better than a horror show laden with the terror and hardship that awaits those who can survive the storm in Haiti.