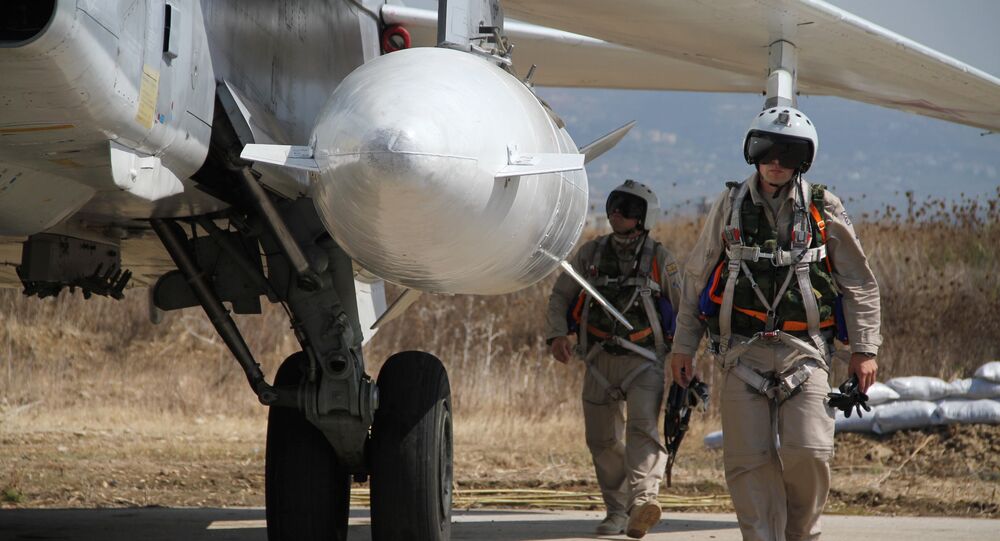 The US and Russian Memorandum of Understanding (MOU) on deconflicting air operations in Syria is unaffected by the current disagreements between Washington and Moscow regarding the ceasefire in the country, US Department of State deputy spokesperson Mark Toner told Sputnik.

WASHINGTON (Sputnik) — On Wednesday, US Secretary of State John Kerry told Russian Foreign Minister Sergei Lavrov that the United States is prepared to suspend bilateral engagement with Russia in Syria unless Moscow takes immediate steps to end Syrian operations in the city of Aleppo and reinstate a ceasefire, according to the State Department.

"The deconfliction is going to remain because its important, it's not affected, and that's important that stays," Toner said on Wednesday.

Russia conducted an aerial campaign in Syria from September 2015 until March 14, 2016, when Russian President Vladimir Putin ordered the withdrawal of most of Russia’s military contingent for having accomplishing its objectives in Syria.

The US-led coalition of more than 60 nations has been carrying out airstrikes against the Islamic State terror group in Syria since September 2014, but without the approval of the Syrian government or the UN Security Council.