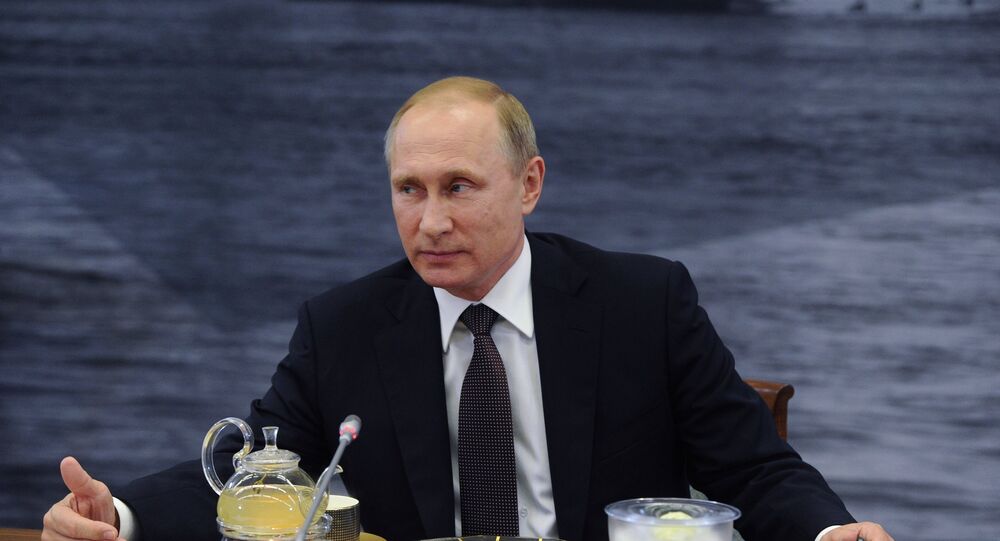 Americans are viewed more negatively today than during the darkest days of the ill-fated Bush era.

A recent Pew Research report suggests that the sun may be setting on America’s international hegemony. People polled around the world favor Russian President Vladimir Putin over a leading US presidential candidate for the first time, and a growing number of the world’s inhabitants now have a negative view of Washington’s economic and political influence.

Presumptive Republican nominee Donald Trump appears to be not only one of the lowest-rated politicians among Americans since public opinion polling began in the 1960s, but he also seems to be affecting the country’s reputation abroad.

Trump received a negative rating by every single political party around the world, often by a measure of 10 to 1. Even voters from the anti-immigrant, populist UKIP and Forza Italia parties oppose the Republican by a 2 to 1 count. Overall, only 9% of respondents believe that Donald Trump would "do the right thing" in international affairs, compared with 85% who say they have no such confidence.

This turn away from "American exceptionalism" stretches beyond Donald Trump, however. Nearly 42% of European respondents said they do not believe the current US government respects the personal freedoms of its people, ignoring values Washington claims to espouse.

America’s international image is likely to suffer no matter the outcome of the election in November, as presumptive Democratic presidential nominee Hillary Clinton has a favorability rating 20 points below President Obama.

Even more concerning, 65% of European respondents viewed Americans as intolerant, with over half declaring the American people to be a most arrogant, greedy, and violent among global citizens. This stands in stark contrast with prior public opinion polls that showed a generally positive international view of the country’s people, with most complaints reserved for the US leadership.

The poll shows that under the Obama administration, America’s image has suffered dramatically, with nearly twice as many respondents saying the United States plays a less powerful role in the international arena than it did ten years ago.

By contrast, Russia’s international image appears to be on the rise.

A majority of respondents in China, India, and Greece agree that Russian President Vladimir Putin will do the right thing when it comes to matters of international importance. In fact, Putin outpaces both Obama and presumptive Democratic presidential nominee Hillary Clinton in both China and Greece.

China’s influence also appears to be growing, with respondents in France, Canada, and Australia saying they believe that Beijing has surpassed the United States in terms of economic importance.