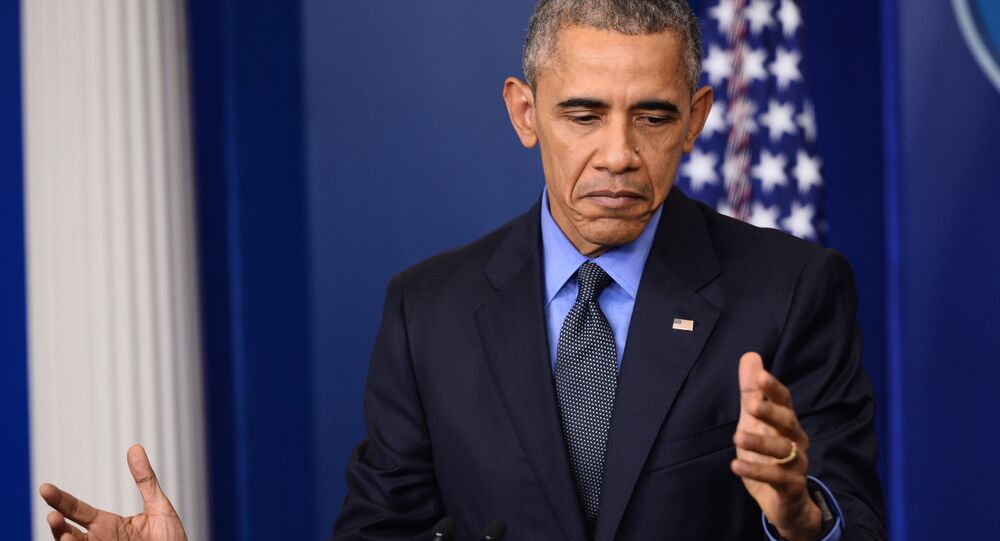 As the 44th American president's second term in office nears to its end, a number of political experts offer their analysis of Obama's general style of foreign policy and his alleged Middle East failure in particular, along with what opportunities it created for President Putin to strengthen his influence in the region.

© Sputnik / Aleksey Nikolskyi
Putin's Pullout Decision From Syria Strategic Triumph for Russia - Leading US Tactician
It is the Obama doctrine, his general style of foreign policy and its key imperatives, which allowed President Putin to strengthen his political influence, especially in the Middle East, according to foreign policy expert Martin Indyk.

Following a recent analysis by Jeffrey Goldberg, a correspondent for The Atlantic, on the Obama Doctrine and his decisions governing America’s role in the world, Indyk, former US special envoy for Israeli-Palestinian negotiations (2013-2014) and the executive vice president of the Brookings Institution, one of Washington’s oldest think tanks, has provided his take on the issue.

Among its far-reaching implications for American foreign policy are the end of US-dominated order in the Middle East and the strengthening of Russia’s influence in the region.

The major imperatives of the Obama doctrine have created a vacuum in the Middle East, which was immediately filled by Russia and Iran, Indyk states in his article for Defense One, the US defense and national security website.

One of these imperatives, Obama’s shift in focus from regional to global threats, has opened up lots of opportunities for Russia to strengthen its influence.

© AP Photo / Hassan Ammar
Syrian War Could Have Ended in 2012 if West Had Listened to Russia
“The Russian president had come to understand that the Obama doctrine provided an opportunity to pursue his own geopolitical ambitions in the Middle East by cooperating with Obama’s global agenda,” he says.

“Putin calculated, correctly, that the Obama administration would acquiesce to Russian military intervention in Syria to prevent the overthrow of a longtime Russian client, as long as it helped Obama with his global, anti-ISIS, counterterrorism agenda,” he explains.

The author also refers to the so-called “red-line episode”, when President Obama did not enforce his “red line” policy on President Assad after the 2013 sarin attack. Back then, the Russian leader convinced Assad to surrender most of his chemical weapons, thereby rescuing Obama from his dilemma while rescuing Assad from the consequences of American force.

© Photo : The White House
Untold Story of 'Red Line': What Convinced Obama Not to Bomb Syria in 2013
“Putin repeated this play in lending Russian support to the US-led nuclear negotiations with Iran,” he notes.

“The second and far more controversial imperative for the president was resisting being dragged into another war in the Middle East, a region where he believes American interests should be downgraded,” the expert says.

Prolonged military campaigns in Iraq and Afghanistan have cost the United States a vast amount of blood and treasure, with little to show for it, he adds.

The president’s determination to avoid American military engagement in the Middle East, the expert explains, has had other consequences as well: it has required Obama to relinquish America’s role as the dominant power responsible for maintaining order in a deeply troubled region — a role, he laments, that the United States has played for more than five decades.

America’s abrogation of leadership in the region, he notes, has spurred a major recalculation for its Middle Eastern allies.

“Little wonder that they’ve all beat a hasty path to the Kremlin,” the author concludes.

US State Department Says Working ‘Constructively’ With Russia on Syria