The US is losing its naval race with the Chinese, and draws further parallels with the competition between Germany and Britain one hundred years ago, historian Richard Miles wrote.

© AP Photo / Susan Walsh
Big Fish? US Military Still Needs Local Allies for South China Sea Adventure
According to Richard Miles, the Chinese navy is going from strength to strength, in an echo of the efforts of Germany's naval force one hundred years ago.

After seeing ships of the British fleet at Portsmouth and Plymouth when he was a boy, Kaiser Wilhelm II decided that he wanted to build such a fleet for Germany, and embarked on a "building spree [which] took Germany from the sixth largest navy in the world to number two," Miles writes in an article for Foreign Policy magazine. 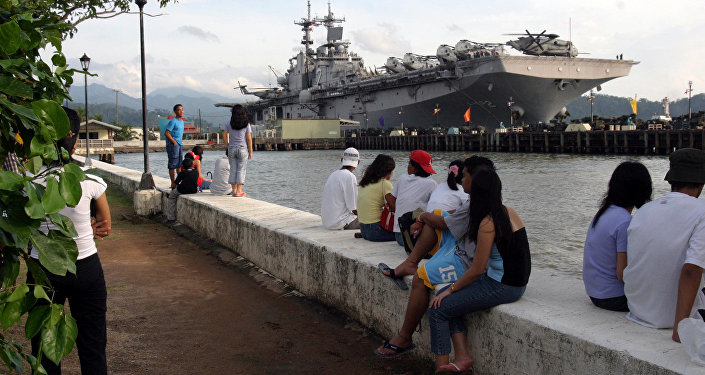 © AP Photo / Jun Dumaguing
US Navy Back in Philippines After 'Ugly Americans' Kicked Out More Than Two Decades Ago
"One hundred years later, China is rapidly and steadily building up its blue water fleet," and though times have changed, there are several similarities to take note of, particularly the rapidity of the improvement.

Quoting a report by the Center for Naval Analysis, FP highlights that by 2020 China "will be the second most capable 'far seas' Navy in the world."

Building up its military will help to deter the prospect of conflict over Taiwan, writes Miles, as well as enable China to take part in international naval exercises and security missions around the globe.

In contrast, the US navy has shrunk during the same period; after having almost 600 ships in 1989, George W. Bush inherited 316 ships, but the Obama administration now has just 270,"the smallest navy since 1916."

© AP Photo / Robert F. Bukaty
The Navy's stealthy Zumwalt destroyer is seen at Bath Iron Works, Thursday, Oct. 31, 2013, in Bath, Maine. It's the largest destroyer ever built for the Navy
The comparison draws on a RAND study published earlier this year, entitled 'The US-China Military Scorecard.' The report notes that China's modernization since 1996 has entailed better training and preparation for personnel, and the modernization of equipment, including "a new generation of SSBNs, the Jin class (Type 094), armed with the new JL-2 submarine-launched ballistic missile (SLBM), giving China its first credible sea-based deterrent."

© AFP 2019 / POOL / Guang Niu
A Chinese Navy submarine attends an international fleet review to celebrate the 60th anniversary of the founding of the People's Liberation Army Navy on April 23, 2009 off Qingdao in Shandong Province

In addition, China has commissioned two modern Shang-class nuclear-attack submarines, and another four improved Shang-class boats are expected. Eight modern destroyers were also commissioned between 2004 and 2015, equipped with surface to air missiles with ranges of 100 km or more. 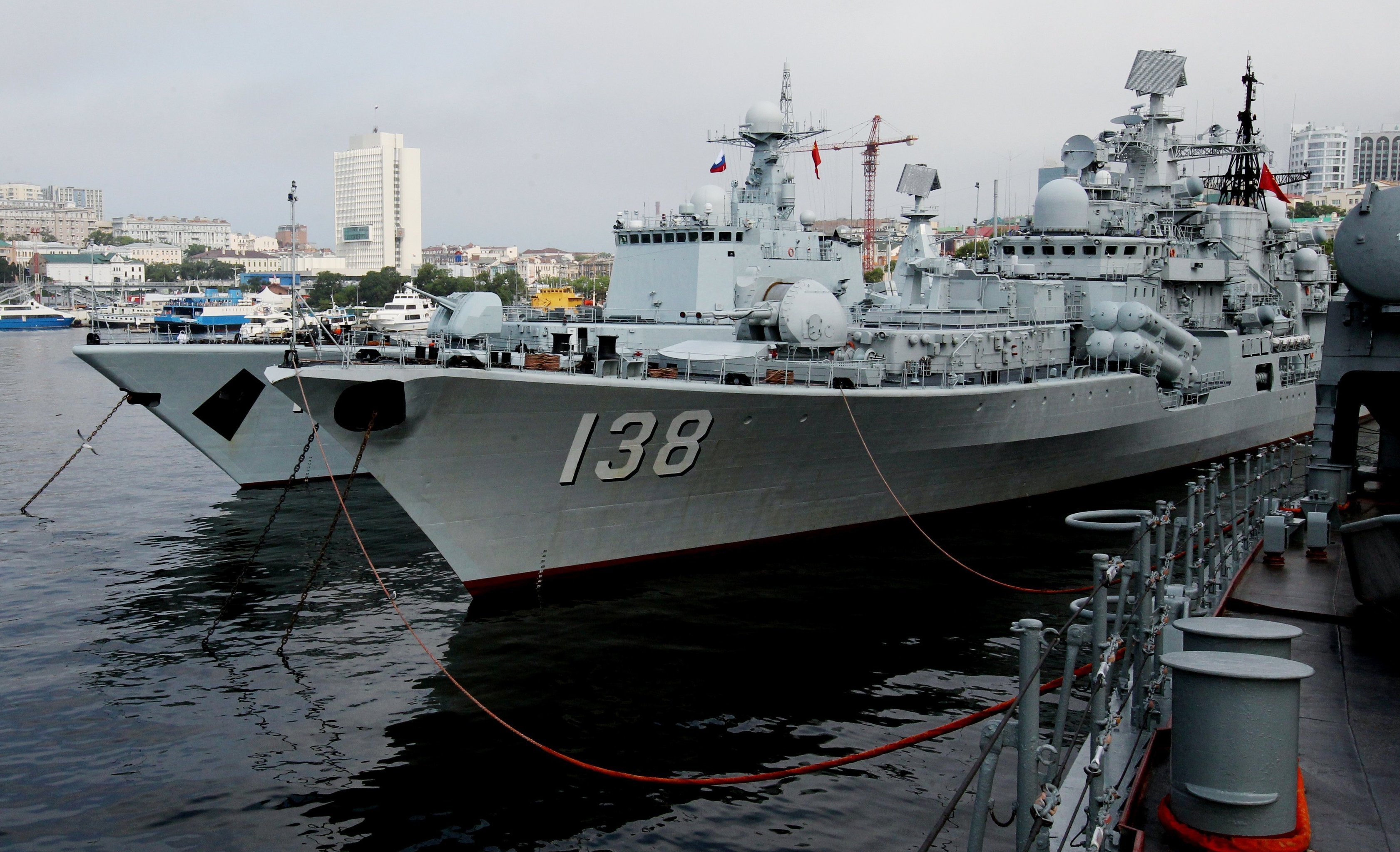 © Sputnik / Vitaliy Ankov
The destroyers Shenyang and Taizhou that have arrived in Vladivostok together with five other Chinese warships for the second stage of the Naval Cooperation 2015 exercise.

"As late as 2003, only about 14 percent of its destroyers and 24 percent of its frigates might have been considered modern – capable of defensive and offensive operations against a capable enemy. By 2015, those figures had risen to 65 percent and 69 percent, respectively," writes the report.