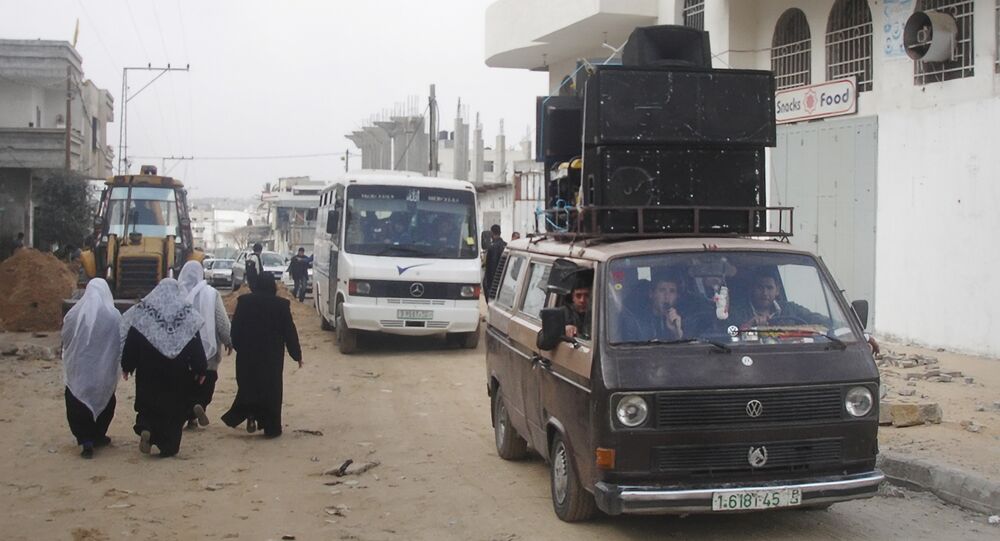 The secret talks are reportedly taking place with the approval of both the Kremlin and the White House in Northern Europe, Mil21.es said.

The negotiations began after Washington allegedly decided to change its strategy towards Moscow, making concessions on Ukraine in exchange for the Kremlin's support of new US geopolitical plans in the Middle East, anonymous sources said.

The United States needs Vladimir Putin's support to stop ISIL's expansion in the Middle East and to "make some changes" within the governments of some Persian Gulf states which distanced themselves from the White House following Washington's successful nuclear deal with Iran, Mil21.es said.

© REUTERS / Stringer
ISIL is Secret American Army in Middle East – US Historian
According to European intelligence sources, the United States initially supported the ISIL militants in their attempt to overthrow the Syrian government led by Bashar al-Assad. At the same time, ISIL received significant financial support from the Arab states of the Persian Gulf, especially Qatar and Saudi Arabia, as well as logistical support from the Turkish government on the Syrian-Turkish border.

However, the situation soon backfired on Washington. The United States became seriously concerned with the events in the Middle East after ISIL announced the creation of the Islamic Caliphate on the territories it had conquered and began to recruit jihadists from all over the world, the Spanish news portal said.

All of these factors have prompted Washington to reconsider its strategy towards Moscow. By finding a compromise with Putin and obtaining Russian support, the United States now wants to properly address the ongoing crisis in the Middle East, a region Washington considers a lot more important than Ukraine, the Spanish source said.