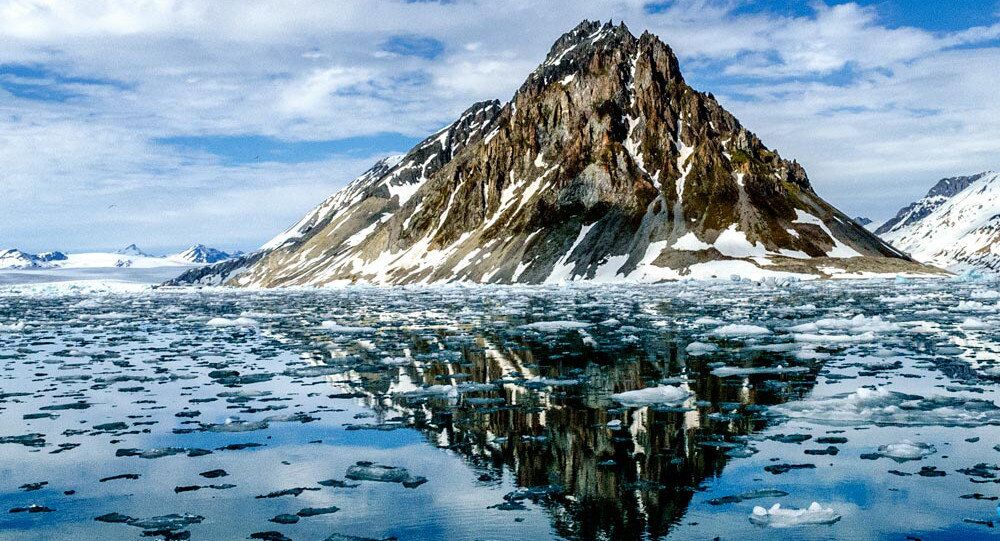 As members from Arctic countries meet for talks in Canada, there are growing concerns that the global push for fossil fuels could turn the Arctic into the next 'resource battleground' as governments try and cash in on any potential energy deposits in the region.

The biennial foreign ministers' meeting of the Arctic Council takes place in Nunavut, Northern Canada and sees representatives from the host nation, as well as Russia, the US, Denmark, Finland, Iceland, Norway and Sweden, take part in a discussion about the future of the Arctic.

Despite the council's aim to focus on cooperation in the North Pole, there are concerns among analysts who believe the Arctic may be the next contested zone for resources, as countries try and assert their claims to certain parts of the region.

© Flickr / US Geological Survey
Canada’s Arctic Council Chairmanship: Bad for Nature, Locals - Greenpeace
As global resources become increasingly scarce, there is a growing thought that countries with land claims and access to the Arctic will further increase exploration in the hope of finding new, untapped resources.

As a result, many of the countries have experienced an increase in espionage activities in their Arctic regions.

Canada is among the countries placing greater focus on its northern perimeter, with a national security and intelligence report in 2013 stating that:

"Canada has been experiencing levels of espionage comparable to the height of the Cold War."

The Challenges Lie Ahead

So far, the threat of conflict over the Arctic has been fairly limited, with most accessible resources falling within undisputed national boundaries.

However, security analysts suggest the risk of conflict lies further ahead, because as more ice melts in the Arctic, it may uncover significant energy resources in disputed zones, as Russia, the US, Canada, Norway and Denmark are thought to have overlapping claims.

It's thought that the Arctic holds 13 percent of the world's undiscovered oil and 30 percent of untapped gas.

The recent jostling for intelligence and information over North Pole resources from about 2007 onwards has led to growing "concerns about political and military tensions in the region," according to International Institute of Strategic Studies (IISS) researchers Christian Le Miere and Jeffrey Mazo.

In their book, 'Arctic Opening: Insecurity and Opportunity,' the pair argue that although cooperation on Arctic matters has generally been strong, increased interest in the region, particularly from countries outside the Arctic Council, could lead to increasing diplomatic tensions.

The increasing environmental concerns over the level of ice in the Arctic, combined with the ongoing tensions between the West and Russia is another factor that analysts say may make this year's council meeting more heated than usual.

© Flickr / Pandiyan V
Global Warming: Scientists Warn of 6 Degree Temprature Rise by 2100
As energy companies continue to vouch for the benefits of more exploration in the Arctic, there is a continued push for major governments to turn away from using fossil fuels and move towards a low-carbon future.

A group of climate change researchers warned of the catastrophic impacts of continued pollution, with the 'Earth League' warning that there is a one in ten chance that the world's temperature could rise 6 degrees by 2100, which would have devastating impacts on civilization.

Leading economist Jeffrey Sachs, who is part of the 'Earth League' has been particularly critical of the approach of energy companies in regards to fossil fuels, and in particular, ExxonMobil, following the release of a report calling on the US government to proceed with Arctic drilling for oil and gas.

US, Russia Should Partner in Arctic – US Senator