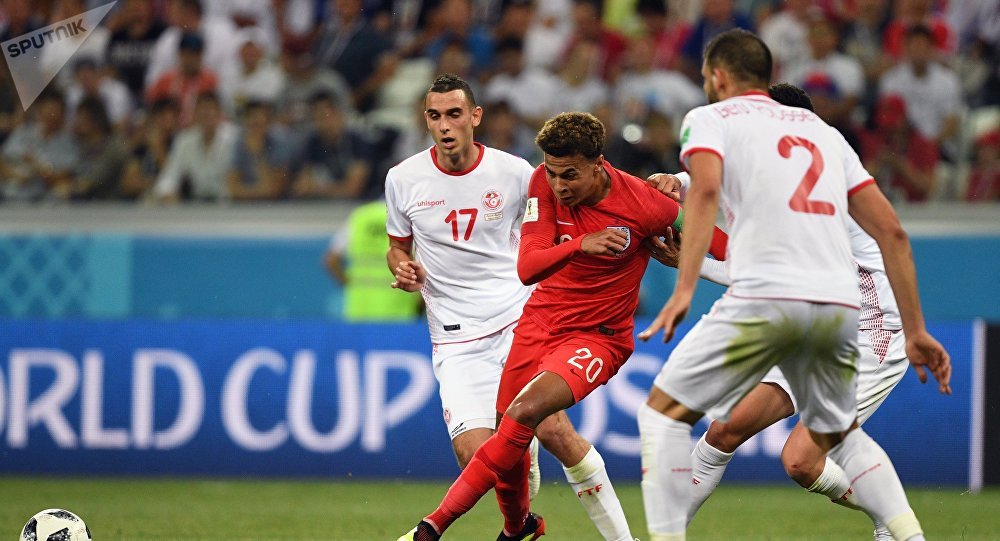 England defeated Tunisia during its game at Volgograd Arena Monday. Tottenham and England star striker Harry Kane, England's youngest-ever captain at a World Cup, scored the opener in the 11th minute. He was also the one who scored the late winner in stoppage time to secure England's victory. Although Tunisian midfielder Ferjani Sassi scored a goal for the North African nation in the 35th minute from the penalty spot, it was not enough to win the match.

Fans in South London reacted at their team's victory in an appropriately emotional and chaotic way.

Let’s check in on South London right after the Harry Kane goal was scored (📷 by @PalaceSoul) pic.twitter.com/hG8lhkHYr9

​Others believe the media's celebration was a bit exaggerated.

listening to the commentators on BBC, you'd swear #England had just won the world cup!! and then @GaryLineker says it was an "exceptional performance".. they must have been watching a different game. You were playing TUNISIA!! #ENGTUN #WorldCup #ENG

I’d like to see England do well but can deal with the English media raving about them.. they had decent 1st have but overall were poor tonight and the pundits in bbc couldn’t have been more thrilled.. it’s only Tunisia lads..

I've attended lectures on agricultural reform that were less boring than this game. #TUNENG

​A number of users were disappointed by referee Wilmar Roldan and Video Referee Assistant for giving penalties to Tunisian players going physical on England, including Kane.

Not sure VAR is working tonight. Someone switch it off and back on again. #TUNENG

​However, many reacted to Tunisia's playing manner, with somewhat aggressive physical play, with a good chunk of humor.

Get in! Best @england performance I've seen in a while, despite the referee missing two blatant penalties. Maybe Tunisia should try playing football and not rugby next time. #ENG #ENGTUN #WorldCup pic.twitter.com/1Fzvavr0vH

MY ENGLAND VERDICT:
Very sharp 1st half.
Very poor 2nd Half.
Brilliant finishing by Kane.
Horrific finishing by everyone else (especially Mr Lingard).
Tunisia will win 2020 Olympics wrestling gold.
Trippier 👍
VAR only works if they use the bloody thing.
Job done. Move on. pic.twitter.com/2LA0rU5XLU