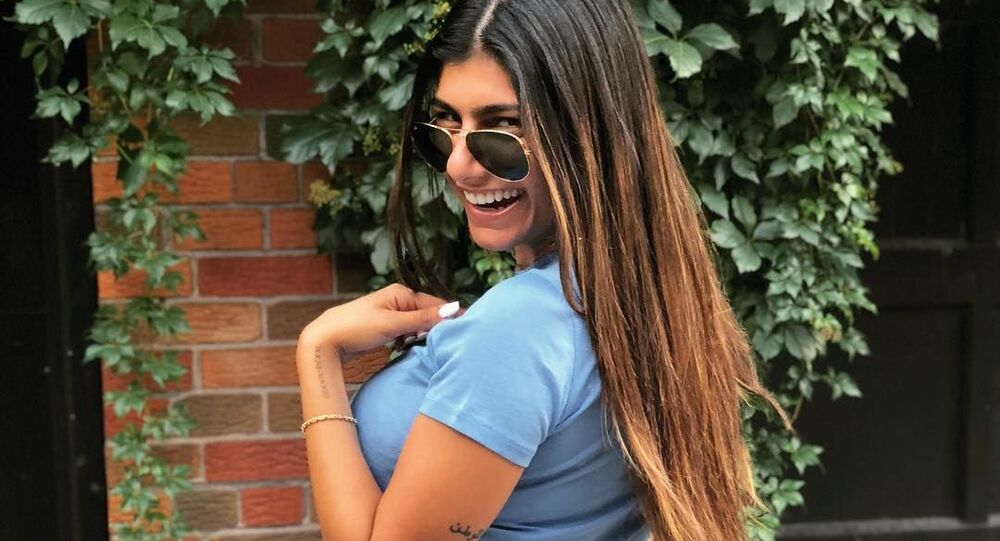 Mia Khalifa Mocks Cuban President's Claims About US-Sponsored Call for Protests: 'I Do It For Free'

Cuba was swamped with protests last week as activists went on to decry the country’s poor economic conditions and food shortages. Cuban President Miguel Diaz-Canel said that the JFK-era US trade embargo was responsible for the economic situation and blamed the unrest on America-sponsored “anti-revolutionary mercenaries”.

Former adult entertainer Mia Khalifa wanted her Twitter followers to know that she wasn't paid by the US government to back protests in Cuba – something she was accused of by Cuban President Miguel Diaz-Canel.

Khalifa was quite vocal on her social media during a wave of demonstrations that took over Cuba’s cities a week ago, calling President Diaz-Canel “assh*** and son of a bi***” and blaming corruption in the country for the unrest.

I thought this was a joke when I heard of it, but Cuba's dictator did, in fact, go on national television this morning and accused @MiaKhalifa of working with the American government to fuel yesterday's protests against the regime. Lmfaooo!!!#SOSCuba🇨🇺 #PatriaYVida pic.twitter.com/s5QgzXJazx

“Oy, singao… I’m not being paid by any government to spread awareness of your inhumanity towards your people. I do it for free and on my own time,” Khalifa wrote on Twitter tagging the president’s account all along and adding a #notsponsored hashtag.

Oy, singao… I’m not being paid by any government to spread awareness of your inhumanity towards your people. I do it for free and on my own time. @DiazCanelB #notsponsored

No response from the Cuban president followed, so his heated exchange with the former adult film actress just stopped there (for now).

President Diaz-Canel argues it was a group of “anti-revolutionary” mercenaries paid by the US government that had pressured thousands of protesters to take to streets on 10 July. The demonstrations that were held under “freedom” banners called on the president to step down as they decried food and medicine shortages in the country which reflected deteriorating economic conditions. In the meantime, thousands of pro-government demonstrators took part in alternative marches during the last week, signalling support for Diaz-Canel government, while waving flags and carrying photographs of former revolutionary leader Fidel Castro.

As US President Joe Biden called on “the Cuban regime” to listen to the demands of its people rather that “enriching themselves”, President Diaz-Canel instead blamed the poor state of the country’s economy on the American trade embargo, which has been in place for nearly 60 years now.