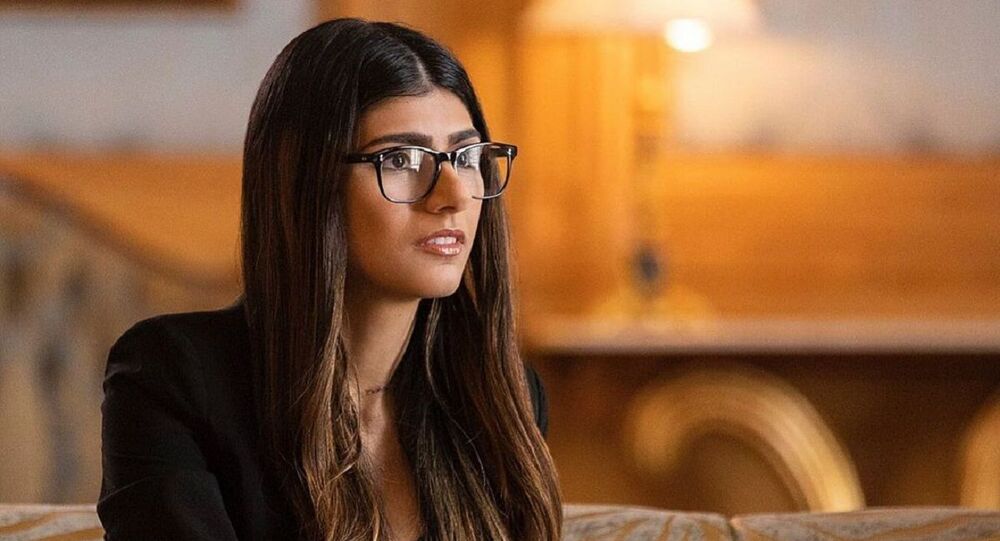 The ex-pornstar also claimed that a common problem both Cubans and Lebanese have is “American sanctions that don’t hurt the corrupt leaders, but rather the innocent civilians.”

In a video uploaded on Twitter, Khalifa delivered a short, invective-laden speech directed at the Cuban head of state.

In a tweet posted earlier, she also claimed that "Cubans and Lebanese have so much in common": namely, "corrupt leadership and American sanctions that don’t hurt the corrupt leaders, but rather the innocent civilians."

Omg we call the Lebanese President “Bay el Khara.” Cubans and Lebanese have so much in common! Corrupt leadership, and American sanctions that don’t hurt the corrupt leaders, but rather the innocent civilians. https://t.co/o0qvDbkYAt

​And in yet another tweet, in which she tagged Diaz Canel himself, she promptly wrote: "Dude, you f*cking suck."

On Sunday, large protest rallies were held in several cities in Cuba, with protesters complaining about food and medical shortages, and demanding an improvement to economic conditions.

This development comes as the country has been left reeling amid the COVID pandemic.

Diaz-Canel has declared that there's group of people in Cuba “hired by the US government, paid indirectly through US government agencies to organise this kind of demonstrations," and urged his supporters to stage counterprotests.