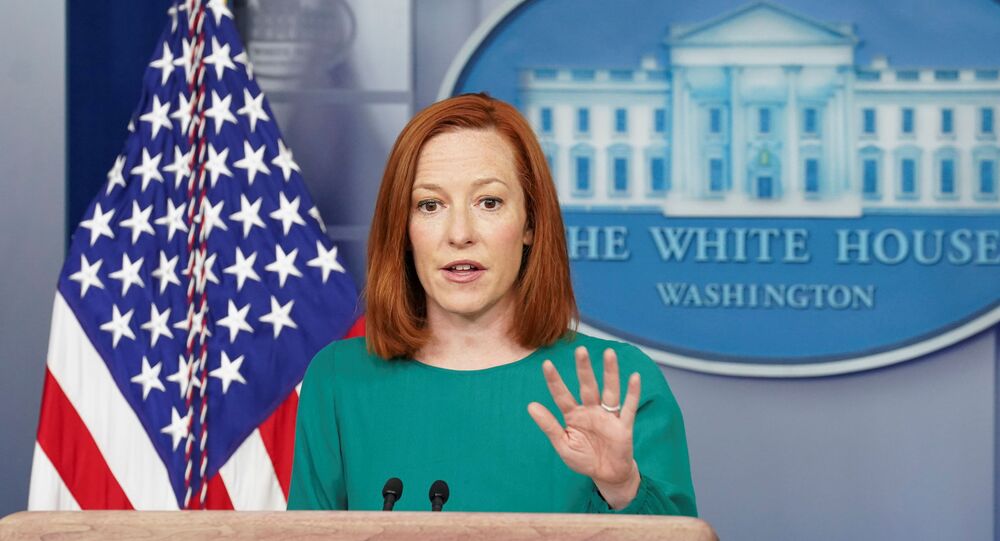 As Psaki explained, the tweet posted by the White House was about “a reduction in some of the costs of key components" of barbecuing.

White House Press Secretary Jen Psaki has been hit with some flak online after she answered a reporter’s question about a recent White House tweet.

The tweet in question, posted mere days before the United States celebrates Independence Day, boasts that “the cost of a 4 July cookout in 2021 is down $0.16 from last year.”

"Planning a cookout this year? Ketchup on the news. According to the Farm Bureau, the cost of a 4th of July BBQ is down from last year. It’s a fact you must-hear(d) – Hot dog, the Biden economic plan is working. And that’s something we can all relish," the tweet said.

Hear that, Millennials? You got a whole extra $0.16 this year. Why don't you own homes yet?

Can you all mustard up the courage to cancel student debt. We’re trying to ketchup to our payments but a thousand (island) dollars a month is too much. Your inaction is leaving a bad taste in our mouths.

While quite a few netizens appeared unamused by the tweet, Fox News White House correspondent Peter Doocy brought up the matter by asking Psaki whether the White House thinks that “$0.16 off a barbecue has more of an impact on people's lives than gas being a dollar more.”

As she conversed with the journalist, Psaki sought to clarify that the tweet was about “a reduction in some of the costs of key components" of barbecuing.

"I would say, if you don’t like hot dogs, you may not care of the reduction of cost. You don’t have to like hot dogs," Psaki said.

While Doocy remarked that one cannot “buy a hotdog for 16 cents,” Psaki went on to say: “I will say that what we are most focused on is the fact that we created now more than three million jobs since the president took office.”

Her remarks, however, did not appear to sit well with many social media users who were quick to bring up issues such as the price of fuel in the United States today.

What the heck kind of defense was that from Psaki? 🤣 Props to the reporter, "You can't even buy a hot dog for 16 cents!"🤣 This administration is a 💩 show. pic.twitter.com/hhAaSoay1l