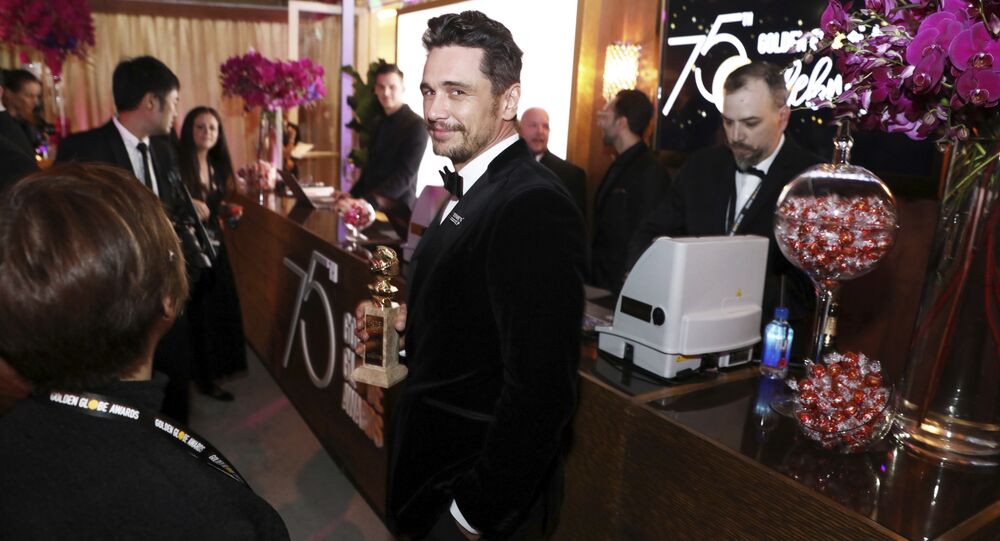 Last year, two former students of Oscar-nominated US actor James Franco claimed that they, along with their Studio 4 Film School classmates, were encouraged to perform explicit sex scenes while studying under Franco. The former students alleged that they were taken advantage of financially and sexually at the school, which was shuttered in 2017.

Franco and his associates have agreed to pay $2,235,000 to settle a 2020 lawsuit alleging that he and his business partners at the Studio 4 Film School engaged in inappropriate behavior with students and, at times, forced them to perform sex scenes on camera, The Hollywood Reporter revealed on Wednesday.

The lawsuit in question, filed by former students Sarah Tither-Kaplan and Toni Gaal, alleged that Franco and his associates "created and maintained a pipeline of young, impressionable women who were funneled to Franco and his 'boys' with the intent to exploit them financially and sexually."

Franco has denied the allegations.

Other students would receive the remaining funds, totaling around $1.341 million.

"While Defendants continue to deny the allegations in the Complaint, they acknowledge that Plaintiffs have raised important issues; and all parties strongly believe that now is a critical time to focus on addressing the mistreatment of women in Hollywood," read part of the settlement, as reported by the outlet. "All agree on the need to make sure that no one in the entertainment industry — regardless of race, religion, disability, ethnicity, background, gender or sexual orientation — faces discrimination, harassment or prejudice of any kind."

Prior to the formal allegations, Franco told "The Late Show with Stephen Colbert" host Stephen Colbert in 2018 that the emerging accusations of misconduct were false.

"If I've done something wrong, I will fix it," he said.