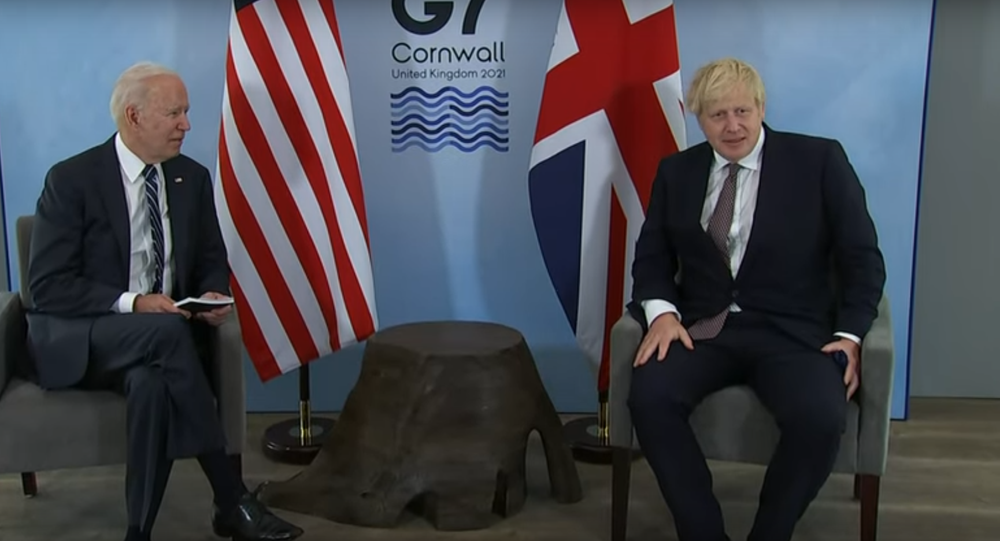 In the UK, Johnson is well known among the tabloid press for his turbulent love life, multiple marriages, and fathering at least six children. President Biden, meanwhile, has raised eyebrows and given some Americans the heebie-jeebies over his penchant for hair-sniffing, kissing, and other awkward behaviour around the opposite sex.

President Joe Biden opened up a can of cringe online after joking with his British counterpart Boris Johnson about what the two men “have in common.”

“I’m thrilled to be here. Thrilled to meet your wife,” Biden said, chatting with Johnson in front of media during his first visit to the UK as president on Thursday. “I told the prime minister we have something in common: we both married way above our stations,” he joked.

"I told the prime minister we have something in common: we both married way above our station."

Joe Biden joked about his first meeting with Boris Johnson ahead of the G7 Summit in Cornwall.

The exchange was caught on cameras and quickly went viral, with users not sure quite what to make of both men’s comments.

Some critics of Biden urged Johnson’s wife Carrie to “watch out” for the president amid his penchant for inappropriate behaviour around women other than his wife.

Watch out Carrie, he'll be wanting a sniff and a stroke later.

Others went after Johnson, asking “which" of the prime minister’s three wives Biden was referring to.

Boris is on his third one so who is Biden referring to?

"You wait until you see the next one!"

Others simply sought to express that they were creeped out by the exchange, or attacked Johnson for his display of deference to the American leader.

Excuse me while I… pic.twitter.com/t6tHI63DrM

“I don’t disagree with that or anything else” Boris isn’t Trumpy any longer.