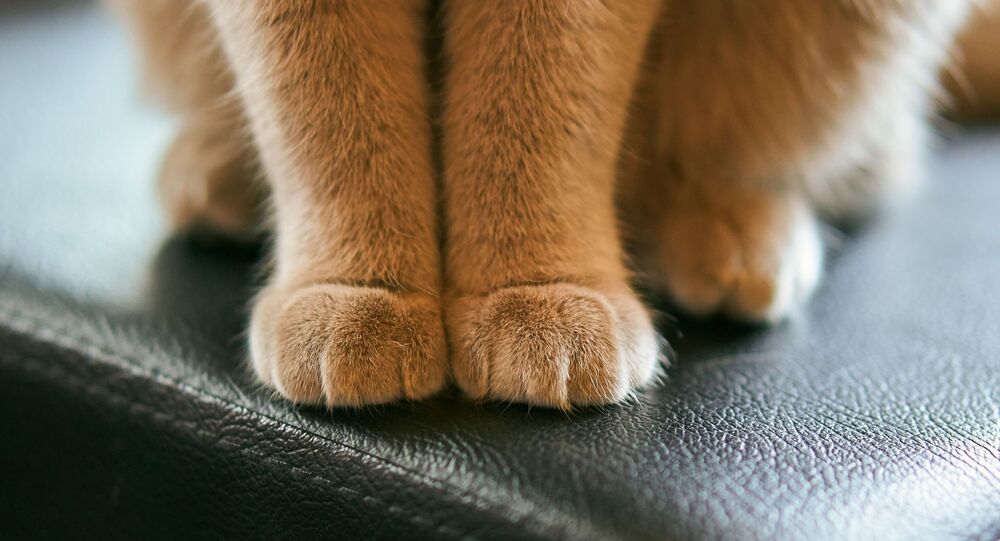 Britons have been stricken by a series of horrifying attempted assassinations against a cat from Wordsley, West Midlands, carried out by an unknown and heartless shooter. The pet still has three bullets in its stomach.

A cat named Teddy is only two-years-old but he has already been shot three times by an unidentified attacker. According to the story shared by pet owner Lauren Williams in social media, the first two attacks came in January. Then unknown gun wielder shot Teddy twice in the tail with a gun.

In May, the cat was shot once more, this time far more dangerously – the bullet hit its stomach. The owner noted that they “wondered if he had been in a cat fight then the x-ray showed three bullets in his stomach which are still there.”

Williams assumed that the cat “must’ve been shot nearby to make it back into the garden” where it was found injured.

“It is frightening to think someone would do that to an animal like Teddy, it’s awful and cruel […] He couldn’t move and was lying in a puddle of blood, there was a lot of blood. He was crying out to me, it was heartbreaking,” Williams recalled, cited by the Mirror.

Teddy was sent to a veterinary clinic for treatment, where he spent several days on an IV drip.  Luckily, the bullet missed vital organs, and now Teddy has returned to his owner.

“He really is remarkable to have survived. He can’t have many of his nine lives left. He’s a very tough cat. I don’t imagine there are many tougher than him,” Williams said.

The attempted feline murders are currently being investigated by police and Williams is afraid that her pet is still in danger. “It’s awful and disgusting that someone would do this to him and they need catching,” she said.

Netizens appreciated the happy ending, admiring the "tough" cat and wishing him to get well soon. One person wrote, cited by The Mirror: "That is one hard as nails cat right there. Should rename him Purr-minator. No matter how many times he gets shot, he just comes back for more."

Another noted that the shooting was "beyond cruel" and Teddy is "the hardest cat in the country."

Owner Can’t Stop Cats From Fighting Each Other

Hero Mama: Cat Climbs the Net to Bring Her Kittens to Safety