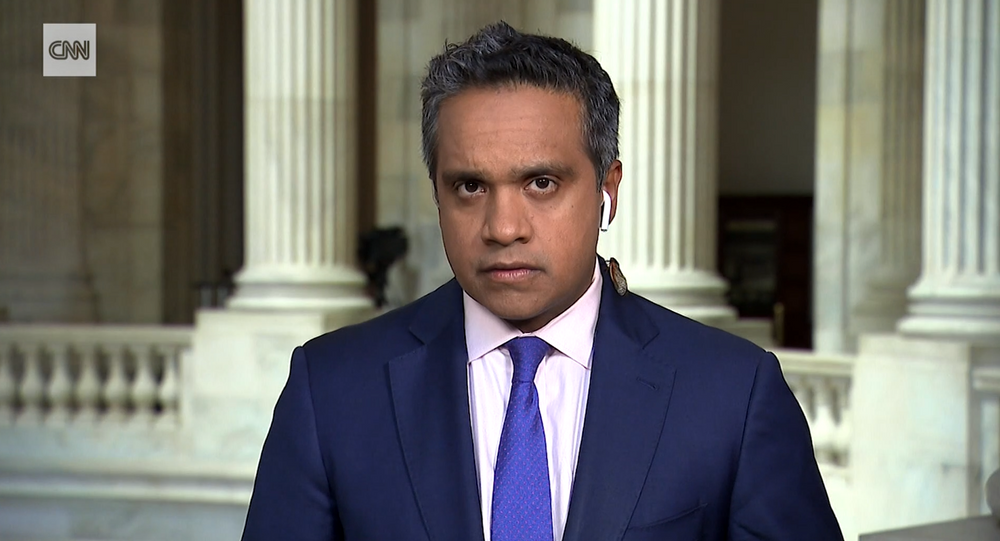 The United States is facing a huge influx of Brood X cicadas that have recently surfaced to mate after spending nearly 17 years underground.

The invasion of the so-called Brood X cicadas in the United States has apparently reached CNN: a giant insect seems to have scared the network's Chief Congressional Correspondent Manu Raju out of his wits after he realised the creepy bug was crawling onto his neck during a live shot.

Even though the moment of the 'attack' was not broadcast, it was caught on camera and shared on social media, including by Raju himself.

Had an unwelcome visitor try to crawl into my live shot earlier. pic.twitter.com/Pu68z0cWSN

At first, the reporter seemingly didn't notice the insect. Raju is then seen flinching, feeling that there was something on the back of his neck and scrambling to swipe it away.

Upon realising that it was a giant cicada, the visibly grossed out Raju erupted in profanities:

The following day, he appeared on CNN's New Day programme to discuss the creepy moment and revealed to his colleagues that apparently he had two encounters with two different cicadas that same day.

“The context is important here. A couple of minutes before that happened, there was actually another cicada that allegedly fell out of my pocket as I was waiting to go on. Our producer, Morgan Rimer said, 'A cicada just fell out of your pocket' and I saw it on the ground and I was a bit stunned. I was indoors”.

The tick-tock of how it all went down https://t.co/J2HO4TBdcD

Raju also revealed that cicadas "gross me out", but that his kids love those insects and really enjoyed the video.