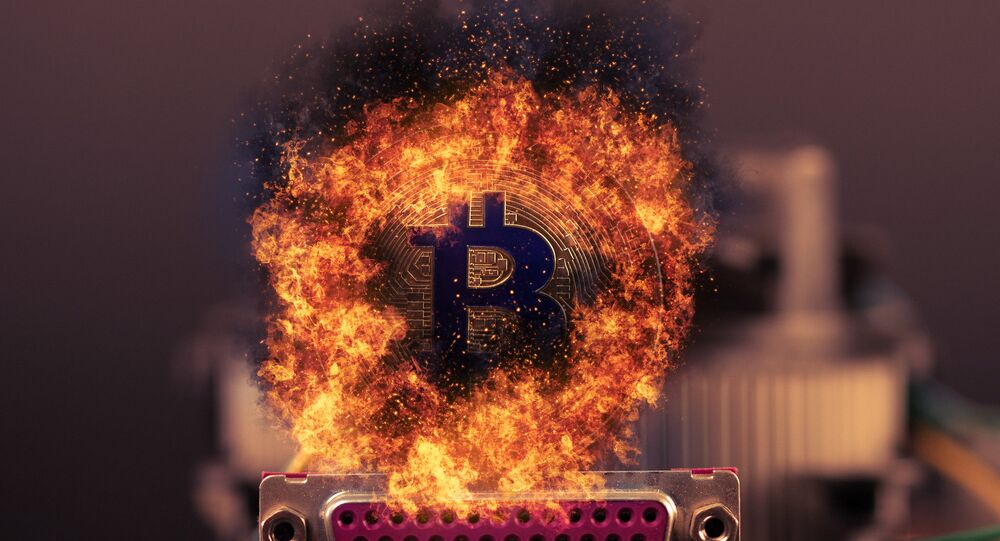 Digital markets have had a tough time this past week, with a major drop in the price of almost every popular cryptocurrency. Bitcoin value fell by nearly 30%, while Ethereum devalued by almost one half, according to Coindesk.

Netizens on Twitter reflected ironically to a decidedly bad week for crypto investors as the digital currency market has lost nearly $1.2 trillion in capitalization, according to Moneycontrol.

The decline was said to have been triggered by a number of reports and events over recent days.

Particularly, by an announcement by Tesla CEO Elon Musk on 13 May that his company would no longer accept bitcoin payments because of concerns "about rapidly increasing use of fossil fuels for Bitcoin mining and transactions, especially coal, which has the worst emissions of any fuel". Musk's comments led to a rapid drop in the price of Bitcoin - a trend that initially became observable following Musk's participation in the SNL show in early May.

During the show, seen by many as promising for the value of cryptocurrency, Dogecoin in particular, the Tesla and SpaceX CEO called cryptocurrency a "hustle", which led to a swift drop in the price of Dogecoin - a coin Musk has promoted in the recent past.

Another factor which may have led to the drop in the price of cryptocurrency was an announcement by Chinese authorities that Beijing would bar national financial institutions and payment companies from performing transactions in cryptocurrencies.

As of Sunday, the world's most popular crypto, Bitcoin, is trading at $34,612, while Ethereum stands at $2,121 and Dogecoin at $0.3. The price drop for most digital currencies started in late April. Bitcoin has devalued twice since then (from nearly $60,000), Ethereum fell from its peak of $4,300 (in early May) and Dogecoin stood at $0.7 early this month, per Coindesk.

Twitterians have posted numerous memes to depict the situation, while investors rushed in to by cheaper crypto, but the wide-reaching dip continued.

thats how Ive been feeling all day #cryptocurrencies pic.twitter.com/pHBH9IvWKu

Who can relate to this? #cryptocurrencies #crypto #hodl pic.twitter.com/ldVR49BDPQ

It’s weekend folks, if it was bad during week, it’s worse during weekend.

​Some suggested that now is the time to tighten their belts.

After this weekend, I’ve cancelled the lambo order and placed a deposit on one of these bad boys instead #cryptocurrencies pic.twitter.com/TkMtdEp8IX

​Even Dogecoin holders, who weren't expecting much anyway, some have had their hearts broken by the price drop.

When you invest everything in crypto hoping it would go to the moon:#cryptocurrencies #dogecoin #Cryptos pic.twitter.com/w3XRefEbHm

Me when i feel myself like a hustle #cryptocurrencies pic.twitter.com/exYagXXkxb

​Others, meanwhile have come looking down their noses at the fuss that captured the crypto market.