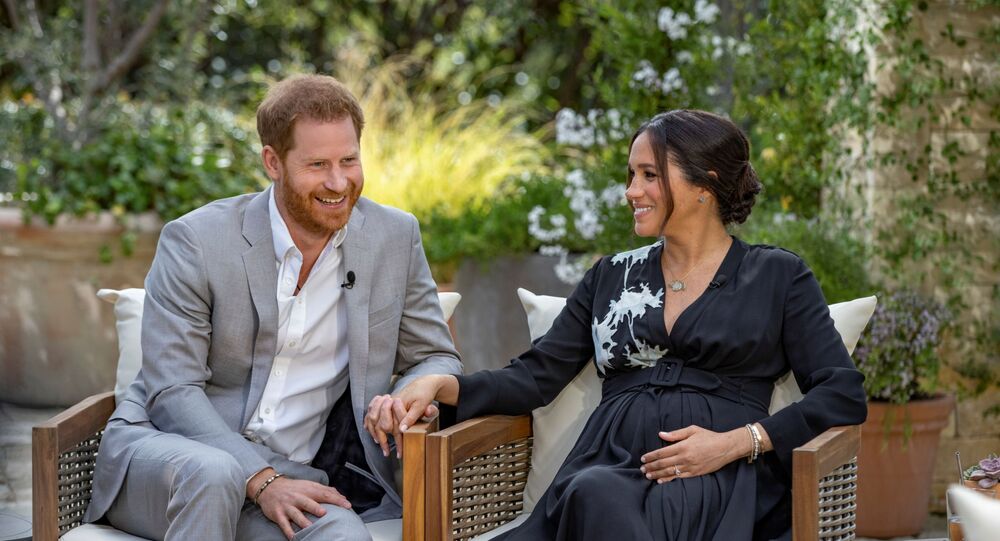 After claiming the Duke of Edinburgh was perhaps “hit” with the fallout from the Oprah Winfrey chat, Fox News’ Brian Kilmeade brought up colleague Piers Morgan’s chastising remarks about the Sussexes.

In the wake of the death of Queen Elizabeth II’s husband Prince Philip, 99, on Friday morning, Fox & Friends wasted no time in pointing the finger at Prince Harry and Meghan Markle, and their explosive interview with American talk show guru Oprah Winfrey. Yet, with many, this has hit a raw nerve.

As it contained infamous allegations of racism in the royal family, the interview is believed to have hit Buckingham Pale hard – something that host Brian Kilmeade opted to nonchalantly link to the demise of the Duke of Edinburgh.

During the 90-minute sit-down with Winfrey aired on national television on 7 March, the Duke and Duchess of Sussex, who chose to leave the UK for the US in 2020, claimed that an unnamed senior member of the royal family raised concerns about the skin colour of their then unborn son Archie, with Oprah later stating, in a slight reconciliation attempt, that it was neither the Queen nor her husband.

“There are reports that [Philip] was enraged after the interview and the fallout from the interview with Oprah Winfrey, so here he is trying to recover and he’s hit with that,” Kilmeade said.

Kilmeade went on to quote Piers Morgan, who quit Good Morning Britain after he was accused of attacking the integrity of the Duchess of Sussex as he dwelled on her struggles with mental health. Yet, incidentally, Meghan personally revealed them as she spoke with Oprah, complaining about having felt suicidal when she married into the British royal family.

“Piers Morgan was saying on his morning show, which he famously walked off of, is like ‘Really? Your grandfather is in the hospital, you know he’s not doing well, is this really the time you have to put out this interview?’ Evidently, it definitely added to his stress,” Kilmeade said as-a-matter-of-factly.

Only Fox News would state that Meghan was responsible for the death of Prince Philip.

I hate that channel sooooooooo much. I certainly hope that Dominion actually goes ahead and sues Fox.

... While a number of people seemed in no way surprised about the Fox News host having jumped to his conclusions, remarking though that they expected Piers Morgan to say this first.

I thought Piers Morgan would have said that. Faux News needs something to distract.

Oh boy prince Philip died. Has anyone checked on piers morgan. He must be gutted.

Many directly opposed the network’s message, pointing to the fact that what could have really been an issue was that a really aged royal “had to put up with Prince Andrew’s antics for years” – an apparent reference to the prince’s alleged ties to late paedophile Jeffrey Epstein.

Good lord!!! Prince Philip was 99 yrs old! His health has been deteroating for years Meghan had nothing to do with it. Having to put up with Prince Andrew's antics for years may have been a factor but he was an old man.

Others likewise made a cuckoo sign, ironically suggesting that "nothing but the tell-all" could have driven to grave an almost 100-year-old person with a number of health conditions.

Right? The fact that he was 99 and recently had heart surgery had nothing to do with it... F faux news.

He outlived every British royal in history, except his mother-in-law who made it to 103. But it's been clear for a few years that he was failing.

Prince Harry is Expecting an 'Apology' From Royal Fam Over Treatment of Meghan, Insider Claims