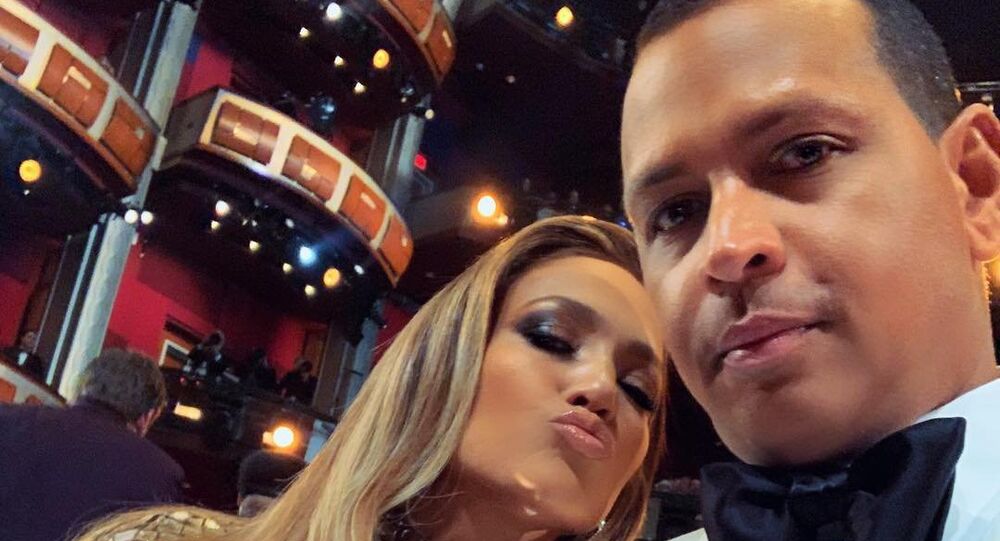 Jennifer Lopez and Alex Rodriguez Still Together Amid Breakup Rumours, ‘Working Through Some Things’

The couple refutes the breakup rumours, but it is still unclear whether the engagement is still on.

American singer and actress Jennifer Lopez and former baseball player Alex Rodriguez said on Saturday that the rumours of their breakup are inaccurate and that the star couple are still together.

"All the reports are inaccurate. We are working through some things," the couple told TMZ. According to the outlet, there is no third party involved in the process.

© AP Photo / Charles Sykes/Invision
Jennifer Lopez, Alex Rodriguez Reportedly Break Up
On Friday, media reported, citing sources, that JLo and A-Rod had cancelled their engagement and broken up. Now the sources say, according to TMZ, that it was “a bad day”.

Rodriguez also confirmed to the outlet’s reporter on the street that the couple had not broken up.

People online assumed it was Jennifer Lopez who'd broken up with him.

ohhh so she broke up wit him? 😭

Ohhh. Well maybe J-Lo broke up with him? I mean I am hella confused. Yesterday they were broken up, today they are still getting married. I need someone who explain to me what the hell is going on with them.

This statement could be true. Jennifer broke up with him and he's not single because he is with someone else.

Or he is delusional and was hit in the head by one too many baseballs.

The couple, however, is still separated geographically, since the former baseball player is now residing in Miami and Jennifer Lopez is in the Dominican Republic shooting a movie.

The star couple have been together for four years and throughout all those years, there were no such public scandals.