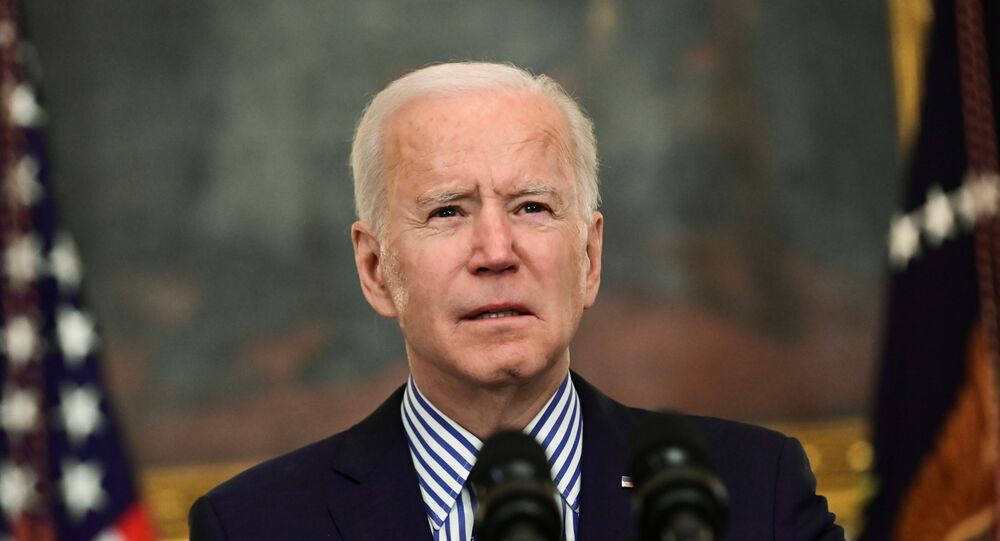 Joe Biden's election campaign was marked by a series of gaffes, slip-ups and angry outbursts during his election campaign. Since then he has been seen repeatedly stumbling during speeches even while accompanied by his wife or others, and is yet to field questions from journalists at an open press conference.

US President Joe Biden has had another 'senior moment' while attempting to explain the newly-passed COVID-19 stimulus bill.

"The vast majority of economists, left right and centre, from Wall Street to the... to the... private e... private uh-uh, uh-uh, economic... polling initiatives..." Biden stammered during his televised address on Saturday.

"The economists as I said left right and centre say, in addition to the needs the people have we need this to grow the economy," Biden said. "But if we haven't spent this money and re-created a kind of, incentive for people to... be able to... make a good living, then we'd be in real trouble."

Two weeks earlier, the newly-elected president got lost during a televised speech to world leaders at the Munich Security Conference and uttered the 'N-word' — while apparently referring to German chancellor Angela Merkel.

His critics and even have also pointed out that Biden has not given a full question-and-answer press conference since taking office on January 20, with the White House twice now cutting the live virtual feed to reporters after his public statements.

Netizens were divided on whether Biden had lost his teleprompter feed or just his marbles.

​Others speculated that Biden's own Democratic majority in the House and Senate would invoke the 25th amendment on the 46th president to declare him unfit to govern.