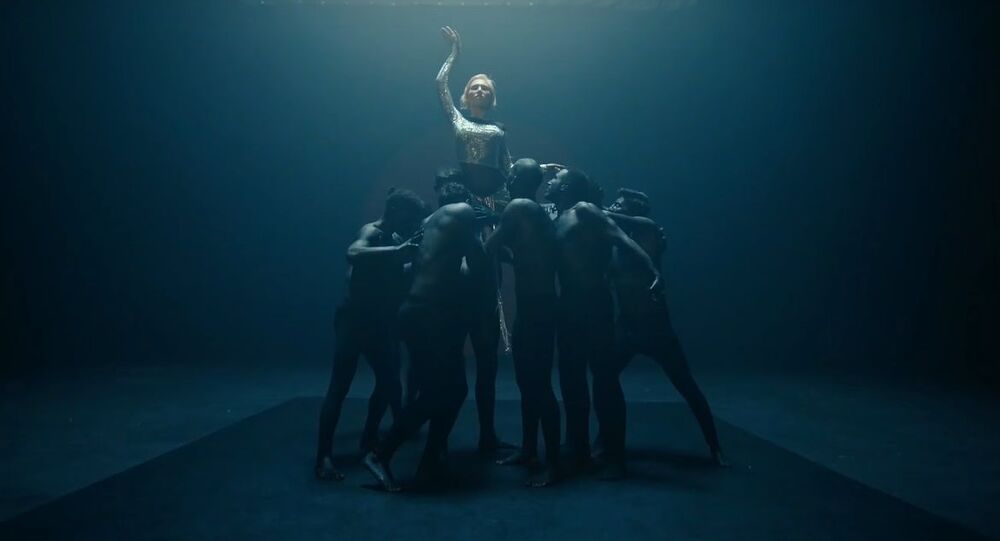 ATHENS (Sputnik) - The Holy Synod of the Church of Cyprus has called on the government to prevent the song chosen by state broadcaster CyBC, which is entitled "El Diablo" ("The Devil"), from representing the island nation in this year's Eurovision song contest.

The song, which is performed by Greek singer Elena Tsagrinou, has already sparked a strong backlash among some groups of believers who slammed it as satanic. After the song was presented last week, the broadcaster started to receive threats from angered citizens calling for its withdrawal from the song contest. However, CyBC said it had no intention to replace the song, saying it was misunderstood, as it is about the struggle of good and evil and has nothing to do with religion.

"We call on the government, which appoints the board of directors [of the broadcaster] and to which it is accountable, to take care of canceling the selection of a particular song and replacing it with another that reflects our history, culture, traditions and aspirations," the Holy Synod said in a statement published on Tuesday.

The Synod also expressed disagreement and disappointment with the position of the broadcaster's leadership that instead of contributing to promoting the rights of the Cypriot people and their demands for freedom and the supremacy of moral values, prepared "a global mockery ... [of the country] proclaiming that we surrender to the devil and promote his worship."

The Eurovision song contest, canceled last year over the coronavirus pandemic, will take place in the Dutch city of Rotterdam from May 18-22, gathering performers from 41 countries.