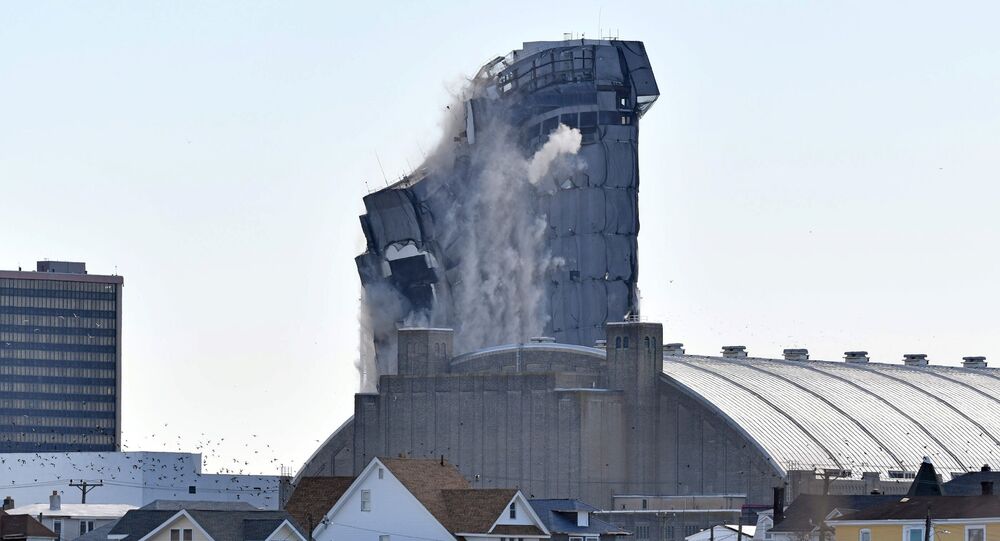 Former US President Donald Trump once boasted of the “incredible” profits he made at his Atlantic City hotels, but by the time the Trump Taj Mahal, the last of his three hotels there, closed in 2016, the president-to-be was widely reviled by city residents.

Folks on the New Jersey coast and across the country rejoiced on Wednesday morning over an unassuming event: a building demolition. However, this wasn’t just any derelict coming down - it was Trump Plaza Hotel and Casino in Atlantic City.

“Are you watching the Trump implosion?” asked satirist Jeremy Newburger in a Thursday morning tweet, noting how the former US president was steadily turning on all his former political allies.

“No, I meant in Atlantic City. Trump Plaza is imploding.”

Built in 1984, Trump Plaza was the first of three casinos Trump owned during an attempted foray into the gambling business. The failed 34-story hotel had stood vacant since 2014, an eyesore on the Atlantic City skyline. Three thousand sticks of dynamite tore through the structure, collapsing it in on itself at about 9 am Wednesday.

“This is not about President Trump, because, quite frankly, the people here in the great city of Atlantic City knew how the presidency was going to play out on a national stage because we’re one of the cities that knew him best,” Atlantic City Mayor Marty Small told an assembled crowd after the demolition. The city hosted a VIP breakfast event with front-row seats for the event, the proceeds of which were donated to a local charity, according to the New York Times.

However, for many folks on the internet, it was very clearly about Trump, the twice-impeached former head of state who escaped conviction for a second time last week after the Senate acquitted him of accusations he had incited the January 6 insurrection at the US Capitol by his supporters.

In a metaphorical tribute to his Presidency, Atlantic City's Trump Plaza is demolished by implosion using 3,000 sticks of dynamite. pic.twitter.com/WfnczImVWQ

Former US Secretary of State Hillary Clinton, who narrowly lost the 2016 presidential election to Trump, simply posted a waving emoji.

​One person mused that it was finally “infrastructure week,” the seven-day-long focus on transit repair and expansion plans that Trump repeatedly promised but failed to deliver through his four-year presidency.