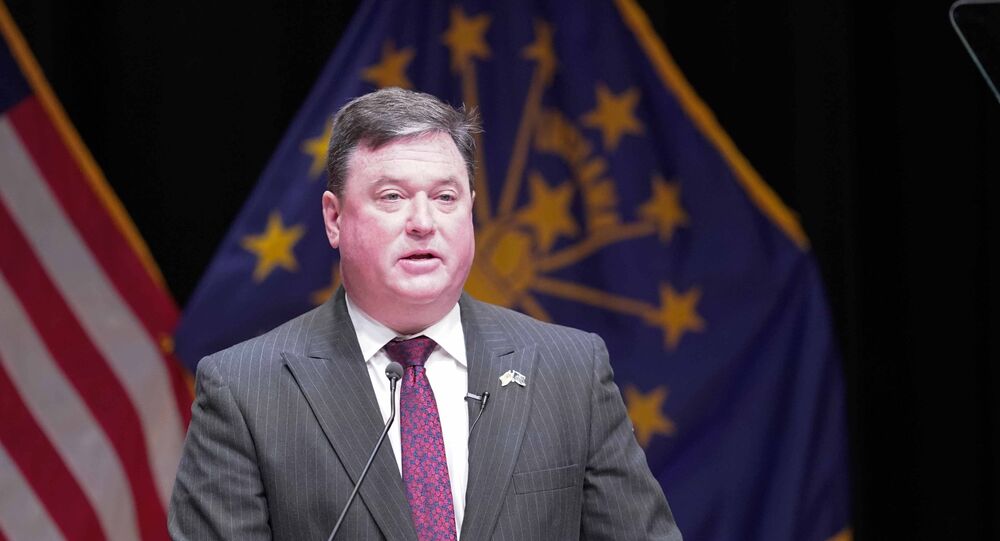 Several netizens argued that the reference to the 2020 election results in Rokita’s tweet was hardly appropriate, pointing at the violent events that transpired in Washington DC on 6 January.

The tweet in question features a depiction of 45th US President Donald Trump, and conveys the following message: "You stole my heart like a 2020 election. Happy Valentine’s Day."

While the tweet itself has since been slapped with a label informing readers that "this claim of election fraud is disputed," the social media platform has also barred netizens from replying to the tweet, liking it, or retweeting it "due to a risk of violence."

​A number of social media users have also criticised Rokita’s tweet, arguing that the reference he chose was inappropriate.

Attorney General of Indiana jokingly (?) pushing the big election lie that got people killed and maimed on January 6. I’m sure no defense counsel will ever cite this insanity, whatevs. https://t.co/LfLVxJkP78

Is Todd Rokita trying to invite more violence? More death and injury? How stupid is it to tweet this today?? Resign!

But Todd Rokita, AG for Indiana, thought this would be a cute Tweet for Valentines Day! pic.twitter.com/NtIaDv55Mo

On 6 January, a rally held in Washington DC in support of then-US president Donald Trump turned violent, with rioters breaking into the US Capitol building and disrupting the certification of Electoral College votes that was being held there on that day.

Five people, including one police officer, died in the riot.