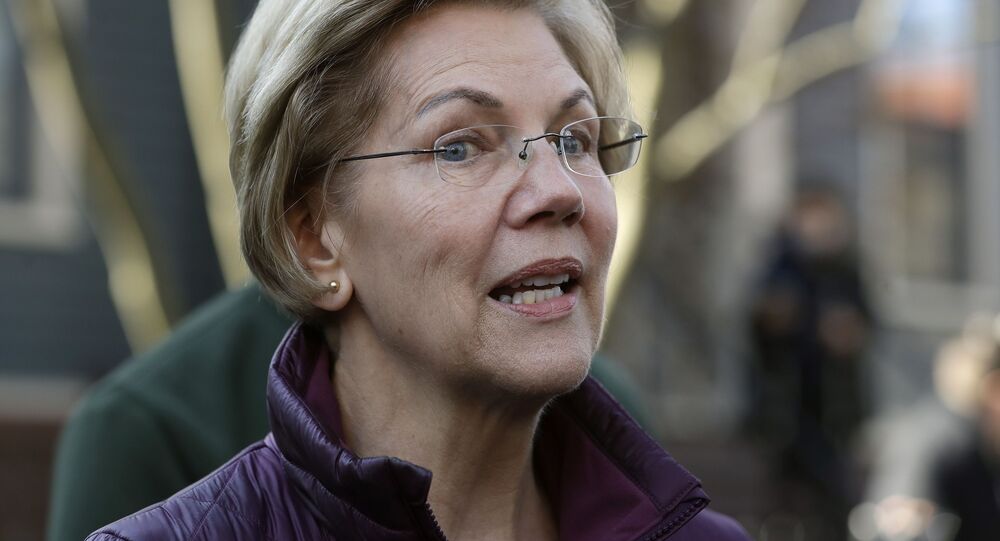 While some netizens urged Warren to focus her attention on hedge funds and their owners rather than on small investors, others suggested a ban on short sales instead.

US Democratic Senator Elizabeth Warren has sent a letter to the Securities and Exchange Commission (SEC) asking it to investigate the scandal over the recent surge in GameStop's stock price.

Noting how GameStop's share price skyrocketed after “anonymous traders” – who devised a plan to counter hedge funds shorting the company on a Reddit forum – Warren argued that, "in addition to GameStop, several other publicly traded companies including AMC; BlackBerry; Bed, Bath, and Beyond; Nokia; and Tootsie Roll Industries have seen huge shifts in their share price driven by similar internet trading schemes."

"These wild fluctuations are just the latest indication that many private equity firms, hedge funds, and other investors, big and small, are treating the stock market like a casino, giving little consideration to the companies, communities, workers, and consumers that may be affected by these risky bets," the senator mused. "The recent chaos reveals a clear distortion in securities markets, with benefits accruing to investors that do not clearly benefit the company’s workers, consumers, or the broader economy."

Casino-like swings in stock prices of GameStop reflect wild levels of speculation that don’t help GameStop’s workers or customers and could lead to market instability. Today I told the SEC to explain what exactly it's doing to prevent market manipulation. https://t.co/NWaZe1jFVb pic.twitter.com/MAbjHcq47i

​Sharing details on Twitter, Warren explained how she told the agency to explain exactly what is being done to "prevent market manipulation."

Quite a few social media users, however, view Warren’s move as an attack against "working class retail investors," with some urging her to direct her attention towards hedge funds, though several netizens sought to defend the senator’s actions.

@SenWarren The reddit buyers were just following the playbook of the hedge funds they squeezed.

What needs to be investigated is the hedge fund billionaires whose Apps they invested in stop GameStop trading, suppressing the stock price, so their shorts calls will be less.

Its not playing into their hands.
Its an open defense of them.

How much money do you think she receives regularly from citadel?

The stock market is *built* on manipulation. Reddit users have proven it by doing the same thing that investors do every day, in every trade. Billionaires are upset because the poors are doing it. The rest of us are upset that billionaires get away with it.

"I usually support you, but this is ridiculous. This is the people using what the market makers do against them," one netizen wrote. "We're f*cking with the system. This will only lead to further oppression of the people."

Some proposed what they see as a solution to the problem in question, such as banning short sales outright.

Between that and a sales tax on stock purchases I think we'd achieve stability.