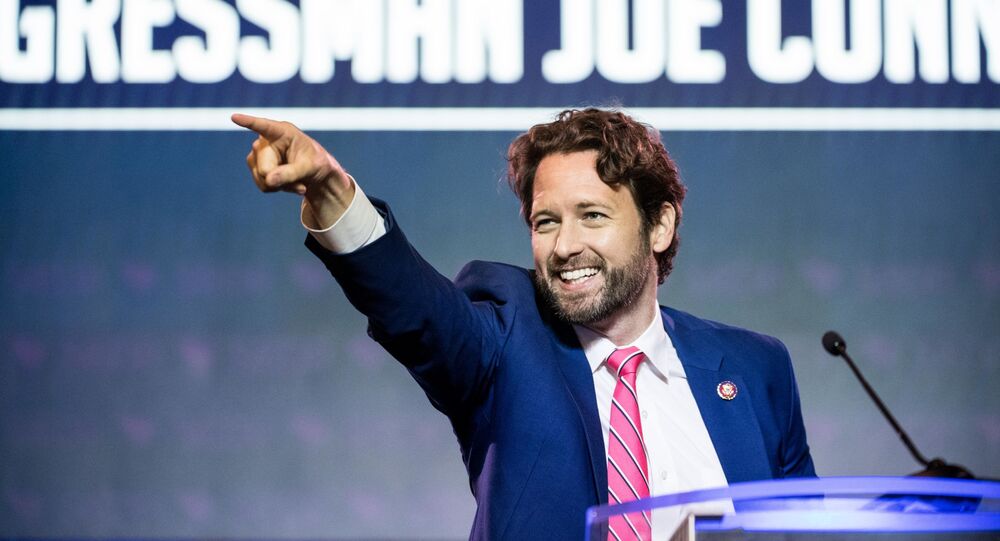 Keep Calm and Drink Beer: Outgoing US Rep. Cracks a Can for 'Spirit of Bipartisan' on House Floor

US lawmaker Joe Cunningham and beer in the House go a way back, as, when he was a freshman, he unsuccessfully tried to bring in a six-pack to the floor in 2019. Apparently this time the lawmaker played it smart, smuggling in an easily concealable single can.

It is no secret that Democratic Representative Joe Cunningham is a staunch fan of beer, particularly as he joined a House Caucus entirely dedicated to one goal – supporting independent breweries in the US. He showed his love in full during a farewell speech, pulling a can of tasty craft beer hidden in his suit and opening it on the House floor, in violation of long-standing regulations banning beverages in the room.

the fuck-it move of 2020 is outgoing Rep. Joe Cunningham (SC-01) cracking this beer in his farewell speech on the House floor

(he tried to bring a 6-pack onto the House floor at the start of his term but was denied) pic.twitter.com/VYqvs4LU1Q

Cunningham proceeded to toast maintaining a "spirit of bipartisanship and cooperation" in the chamber, and suggested that representatives could regularly gather for beer outside of the chambers and listen to each other. The Democrat apparently cared not for the regulations as he is soon to depart from the House after his election loss.

Freshman Rep. Joe Cunningham (D-SC) just tried to take a 6-pack of beer onto the House floor and was told that’s not allowed.

“It’s Friday too,” he said laughing as he turned around.

This is not the first time Cunningham tried to smuggle in a beer to the floor, but the first gambit was successful. In 2019, the freshman lawmaker, claiming to be unfamiliar with the beverage ban, attempted to bring in a six-pack as a gift to Peter DeFazio, a co-chairman of the Small Brewers Caucus. Cunningham was turned away that time, but successfully smuggled in a single can stashed in his pocket.

Tags:
US Congress, US House of Representatives, beer, US
Community standardsDiscussion