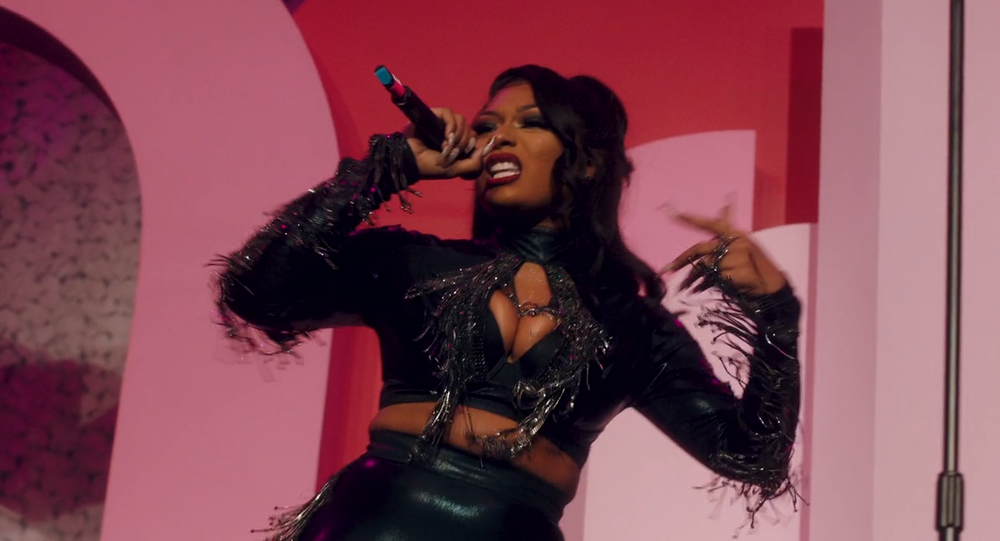 Twitterquake as Megan Thee Stallion Giving Out $1Mln in Bitcoin

Thee Stallion's generous move came as Bitcoin cryptocurrency surpassed a new record, trading at over $23,000 on Thursday after growing rapidly since 15 December. The US dollar, meanwhile, marked its lowest point since April 2018.

American rapper Megan Thee Stallion took to Twitter on Thursday to launch a generous Bitcoin lottery among her followers in a marketing celebration of her team joining the branded CashApp mobile payment service.

She offered her fans to share their CashApp wallet numbers and test their luck to see if they receive a part of $1 million in Bitcoin.

"Thee Hot Girl coach is OFFICIALLY on team @Cashapp! To celebrate I’m giving $1 MILLION in Bitcoin to as many hotties as I can!", the rapper announced. "Will be giving out this million units until its gone, so drop your $cashapp below w #BITCOINMEG to get a piece"

It did not take long for netizens to flood the thread in attempts to try their luck. Shortly after the giveaway was announced, Twitter CEO Jack Dorsey, also a founder of mobile payment company Square, retweeted Thee Stallion.

​Shortly after the offer, lucky users shared screenshots proving that they received Bitcoin payments from Thee Stallion, with more people flocking hashtag #bitcoinmeg, craving a piece of $1mln as well. The star retweeted some of the thankful messages.

My weeb ass never wins anything.
I'm officially a hot girl now, y'all can't tell me nothing 😭😭💕💕 @theestallion #BITCOINMEG pic.twitter.com/dYZPkaKTLZ

I literally never win anything but @theestallion just blessed me 😭😭😭😭

Now I can buy more stuff for my apartment. Thank you sooo much @theestallion #BITCOINMEG https://t.co/1HLeEUIoow pic.twitter.com/ZkZfRrvsxO

​The rapper's giveaway comes just as Bitcoin peaks $23,000, setting a new record after it started rising rapidly on 15 December. The US dollar, meanwhile, is not going through its best times, as it is at its lowest point since April 2018.