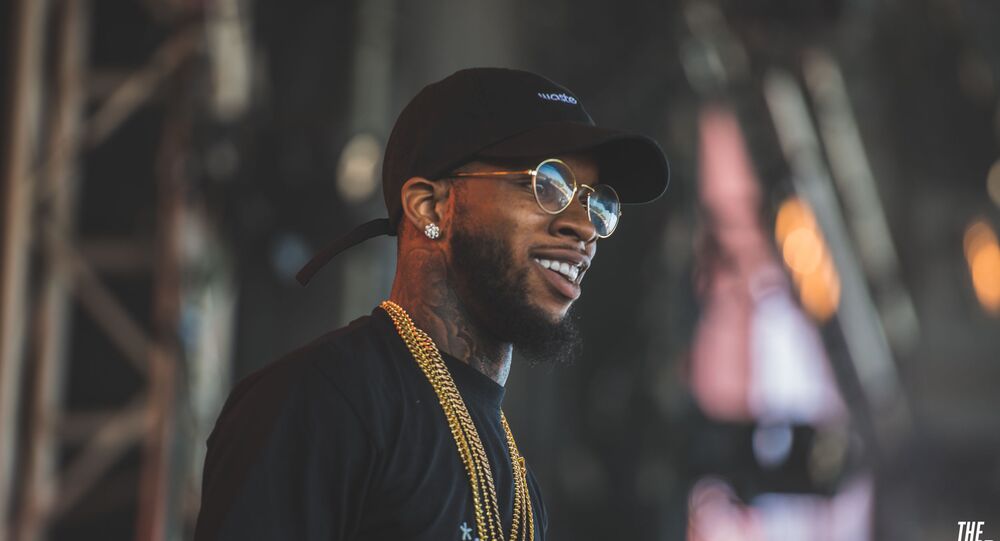 Canadian rapper and singer Tory Lanez is facing up to 22 years and eight months in prison for the July 12 incident in which he allegedly shot US rapper Megan Thee Stallion in both feet.

"Daystar Peterson aka Tory Lanez (dob 7/27/92) was charged today in case BA490599 with one felony count each of assault with semiautomatic firearm – personal use of a firearm – and carrying a loaded, unregistered firearm in a vehicle," read a Thursday issuance from the office of Los Angeles County District Attorney Jackie Lacey.

"The defendant also faces a gun allegation and that he personally inflicted great bodily injury."

Though the memo does not name 24-year-old Megan Pete, popularly known as Megan Thee Stallion, it does describe the July 12 incident that has been widely reported on in the past few months.

"On July 12, the defendant and the 24-year-old victim got into an argument while riding in an SUV in the Hollywood Hills. The victim exited the vehicle and Peterson is accused of shooting several times at her feet and wounding her," read the office release.

It has been alleged that the two were in a relationship and had gotten into an argument at the home of Kylie Jenner. The dispute then spilled over into the car and eventually reached a point at which Pete decided to exit the vehicle.

It's presumed that shots were fired and Pete had gotten back into the vehicle before a helicopter recorded widely seen footage of the incident.

Pete can be seen limping with her hands up, leaving a trail of blood from her injuries

From this view point, you can clearly see Meg thee Stallion, limping backwards leaving a trail of blood... they made the last girl getting out the truck spread'em open like a mug....#MeganTheeStallion pic.twitter.com/8uiX046Umw

Lacey's office detailed that, if convicted, Peterson faces a "possible maximum sentence of 22 years and eight months in state prison."

The Los Angeles Police Department, Hollywood Division, is continuing its probe into the matter.