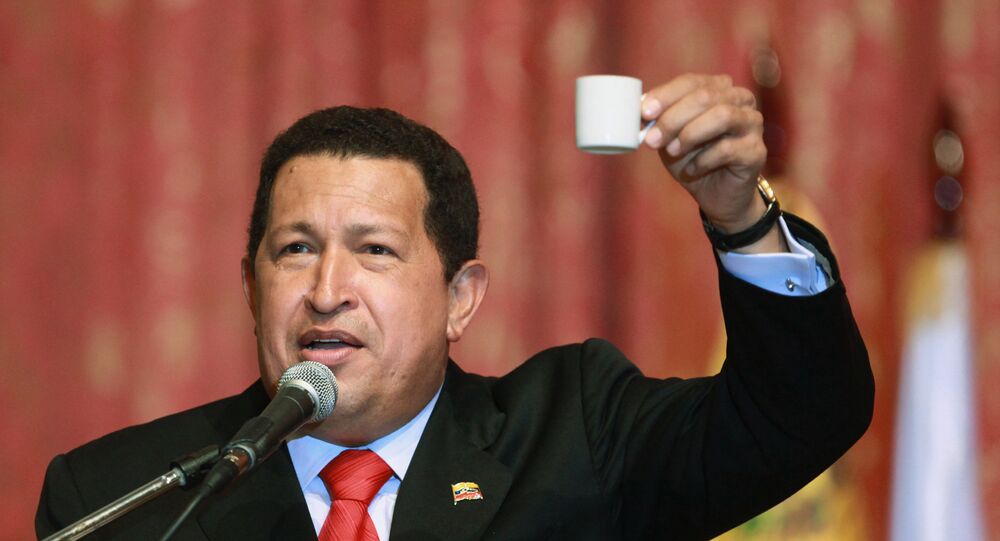 Hugo Chavez, who died in 2013, was a president of Venezuela from 1999 until his death. Chavez described himself as a Marxist and was an outspoken adversary of United States foreign policy and a critic of what he described as "laissez-faire capitalism".

On Thursday, the Trump campaign held a press conference regarding legal action over its claims of "election fraud" made by the president, and suggesting that Trump's election loss is a communist plot to steal the vote.

The statement instantly caused waves on Twitter, with users recalling that Hugo Chavez, the former Venezuelan president said to be behind the technology that was allegedly used in "election fraud", had died in 2013.

The Trump campaign claimed it had a "witness", who alleged that vote counting systems, such as Dominion, were created in Venezuela on the direction of Chavez, and explained how they worked. An affidavit from the unnamed person, according to Trump lawyer Sydney Powell, will be attached to a lawsuit to be filed in Georgia.

“The Dominion Voting Systems, the Smartmatic technology software, and the software that goes in other computerized voting systems here as well, not just Dominion, were created in Venezuela at the direction of Hugo Chavez", she claimed.

Trump blames Commander Hugo Chavez, who passed away in 2013, of communist inference in the U.S. presidential election. @teleSURenglish pic.twitter.com/AzuBwrNdur

​Netizens exploded with outrage and sarcasm after Powell's remarks, suggesting that it was a smart move by Chavez to rig an election that happened seven years after his death.

Best election result for Hugo Chavez in a decade.

Why did Hugo Chavez wait until he was 7-years dead to rig a US election?

Hugo Chavez died seven years before he rigged the 2020 election. What a guy.

Just got off the phone with the ghost of Hugo Chávez. Despite my insistent questioning, he refused to comment on the Georgia recount. Look for my piece later today for the @NewYorker.

I thought Communists were dirty, poor, and didn’t have money? (Their words) 🤔

​Other members of Trump's legal team were well dissed by netizens.

"There is nobody here who engages in fantasy," Giuliani says, after claiming some kind of conspiracy to rig the election by voting machine manufacturers, Hugo Chavez, antifa and others.

And to think that I spent 3 years in law school and got myself deep into debt when I could have skipped it all and just started making crazy sh*t up for $20,000 a day. They should have told me that at the career office.

​Some observed that Powell came up with allegations of foreign interference in the US election even though Trump insisted that the 2020 election was "virtually impenetrable by foreign powers".

​Hugo Chavez, who identified as Marxist, was a president of Venezuela since 1999 to his death in 2003.