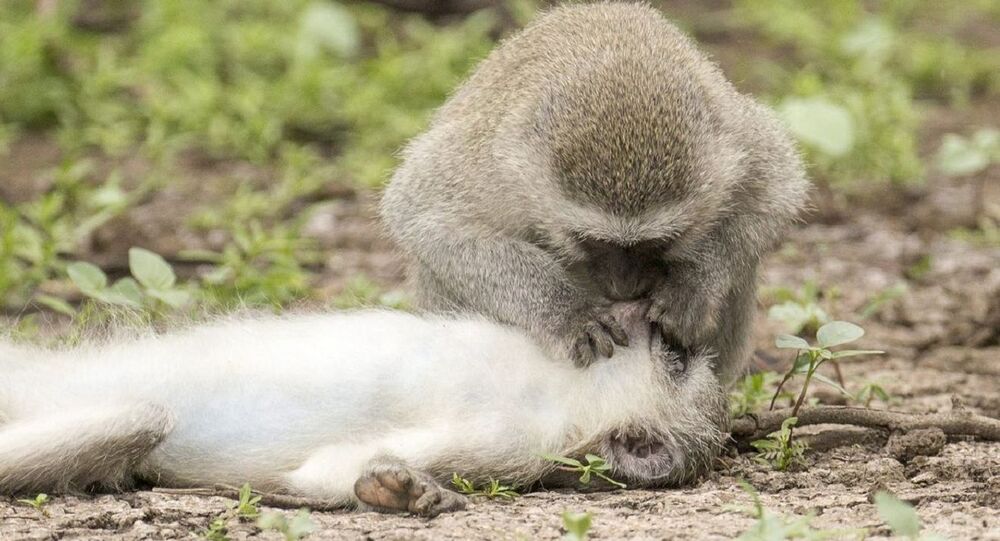 A rare scene captured from the wilderness of the southern African country Botswana looks like a love scene straight out of Romeo & Juliet. The picture which could have easily qualified for the most sentimental and tear-jerking snapshot is going viral on social media for the funniest reason.

A primate was pictured during a most intense moment, appearing to give mouth-to-mouth to one of his female troop members.

However, it turns out that the monkey was taking an opportunity to make a pass at the attention-seeking female, wildlife photographer William Steel - who shot the incredible scene - told the Daily Mail.

The photographer told how the female monkey threw herself on the ground in a most melodramatic way. Surprised by what was going on, he picked up his camera as another monkey quickly made a move and grabbed the face of the prone female, seemingly administering her with the kiss of life.

The series of pictures taken by the photographer shows the monkey in grooming ritual. The events call to mind the expression "cheeky monkey" but which monkey was being cheeky is debatable. "On reflection, I think the performance was all a cry for attention from the female,” the photographer said.

He explains the behaviours, saying that the bonds in the community are formed largely through grooming. It's a give and take relationship. Just like humans, compassion can sometimes be manipulated by attention-seeking individuals.

Like a Queen! Baby Monkey Chills During Soothing Spa Session

'Celebration Gone Wrong' : Watch this Monkey Interrupt a Party and Run Away with Cake