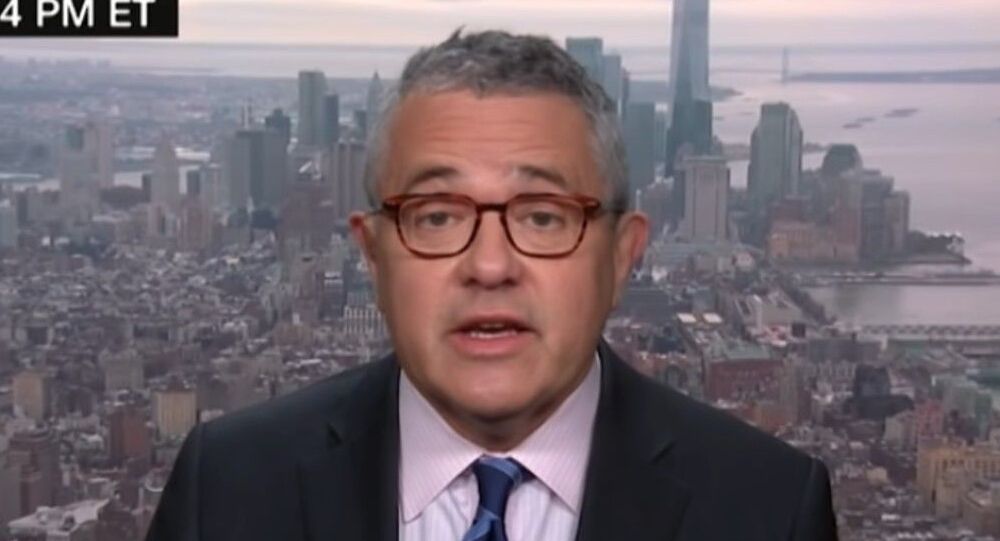 Writer Jeffrey Toobin’s gig with the New Yorker is now in jeopardy after the CNN legal analyst allegedly exposed his penis to co-workers and other professionals during a video conference call earlier this month.

“I made an embarrassingly stupid mistake, believing I was off-camera. I apologize to my wife, family, friends and co-workers,” expressed Toobin in a Monday statement provided to Vice’s Motherboard.

Toobin, a staff writer at the New Yorker for more than 25 years, did not explicitly recount what he was doing behind his computer screen, but sources confirmed that magazine staffers and members of WNYC radio saw too much of Toobin during their Zoom conference call.

“I believed I was not visible on Zoom. I thought no one on the Zoom call could see me. I thought I had muted the Zoom video,” the 60-year-old claimed.

“Jeffrey Toobin has been suspended while we investigate the matter,” New Yorker spokesperson Natalie Raabe told the outlet.

The indecent incident has prompted Toobin to temporarily retreat from social media, as well as his 18-year position as a legal analyst on CNN. “Jeff Toobin has asked for some time off while he deals with a personal issue, which we have granted,” a CNN spokesperson told Motherboard.

The writer’s last televised CNN appearance was on October 17, and his last tweet was issued on October 13.

This is not the first time Toobin’s personal conduct and professionalism have been called into question.

The married father of two teenagers made headlines and became the subject of a New York Times exposé in 2012, years after his alleged decadelong affair with Casey Greenfield - the daughter of pundit Jeff Greenfield - produced a child and a public child support saga.

Toobin allegedly offered to finance an abortion after he learned Greenfield was pregnant in 2008.

"When Casey wouldn't have an abortion, Jeff told her she was going to regret it, that she shouldn't expect any help from him," a source told the New York Daily News.

Toobin and his baby’s mother appeared before a Manhattan Family Court judge in February 2010. Despite his initial protest, the writer agreed to pay child support after Greenfield’s lawyer threatened to file to have his wages garnished.