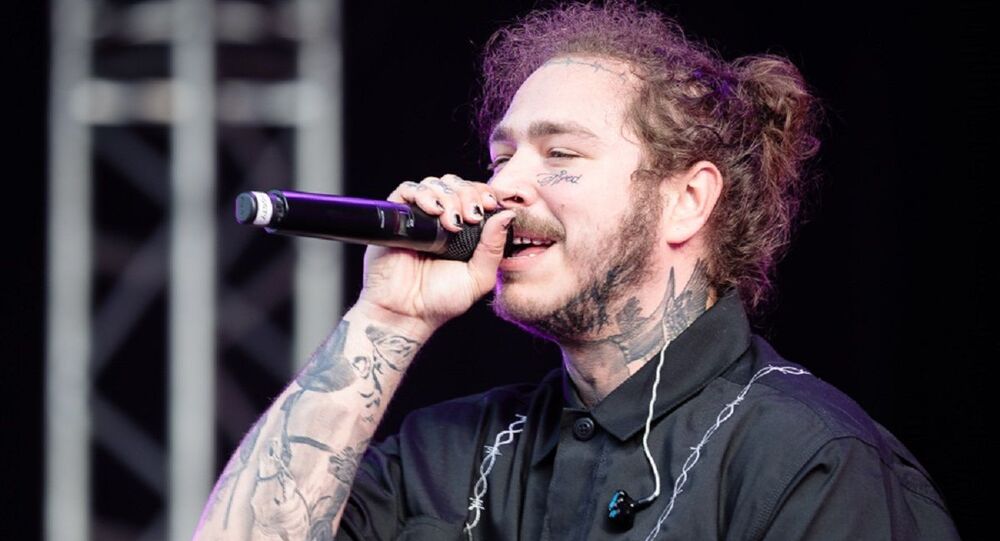 The rapper described one sighting as a flash of light in the sky and another as a circular-shaped “force shield” that stretched before his eyes.

Post Malone has revealed on Joe Rogan’s podcast that he has had multiple close encounters throughout his life, dating as far back as nine years ago.

“I’ve seen one. I was probably 16,” he said around 20 minutes into the podcast after Rogan said he hesitated to believe accounts of UFO sightings.

Malone, who is 25, said the sighting happened in upstate New York where he stayed at his aunt and uncle’s.

“My aunt and uncle were very strict, and we had to go to bed at a very strict deadline, probably 10pm. And I was looking out the window with my cousin and it’s just a light that just stays there and then just f***kin’ goes off. You can’t explain it,” the rapper mused.

The ‘I Fall Apart’ hit-maker admitted that his memory of the incident was “medium”, adding though that he had other encounters later on in Utah and in Los Angeles.

He said: “I can’t tell you how many times, because I used to live in Tarzana, there was a balcony and it looked… like a classic force field. It’s kind of like a dome in a circular shape,” he said, describing the object stretching and returning to its original shape before his eyes.

The number of UFO sightings has been on the rise in North America lately. The National UFO Reporting Centre, which collects reports from across the US and Canada about strange sightings in the sky, received 5,971 such calls and messages in 2019, compared with 3,395 in 2018.

This April, the Pentagon declassified three Navy videos of encounters with what it described as “unexplained aerial phenomena”.

It wasn’t until 2017 that the department confirmed the existence of a secret task force to study strange aircraft and hovering objects. The unit, called the Advanced Aerospace Threat Identification Programme, ostensibly ran from 2007 to 2012, although it emerged recently that it has evolved into another project.

That second programme, known as the Unidentified Aerial Phenomenon Task Force, has come under scrutiny from senators, who drew up a rule requiring it to submit UFO reports to the congressional intelligence and armed services committees twice a year.

The focus this time, however, appears to be on whether the sightings indicate examples of breakthrough technology achieved by US adversaries rather than signs of extraterrestrial life.