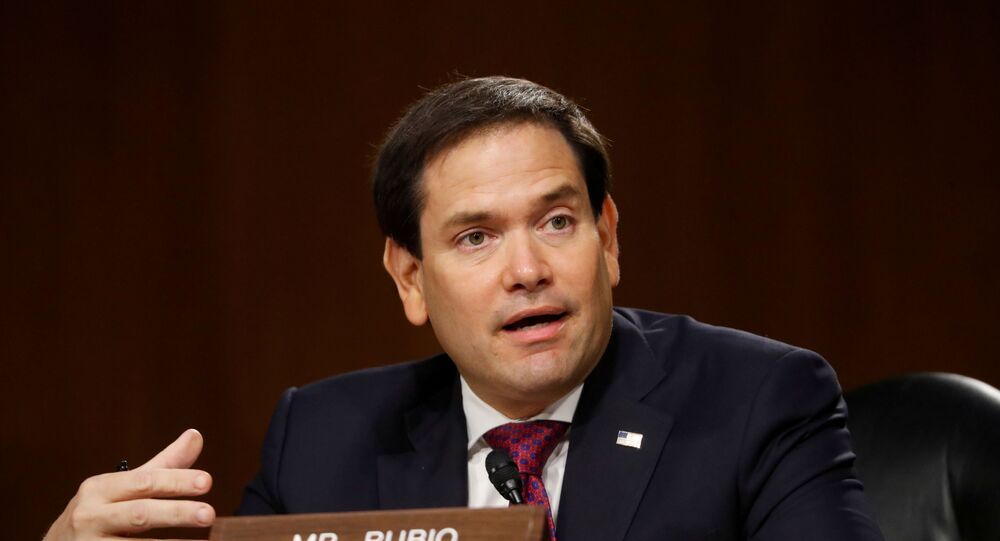 US Democratic Representative John Lewis, a prominent civil rights advocate, died of cancer on Friday at the age of 80. Flags at the White House were lowered to half-mast in memory of the lawmaker, and President Donald Trump sent his condolences, receiving a wave of criticism for the comments.

Republican Senator Marco Rubio, posting a condolence tweet over the death of civil rights leader John Lewis and praising him as an "historic and American hero", supplied the wrong photo - the picture he tweeted showed the former with another civil rights advocate, Elijah Cummings, not the late John Lewis.

Never forget that Republicans really believed at one time that Marco Rubio (here mistaking one civil rights hero for another) was the chosen one to lead the party into the future and assemble a new pluralistic coalition. pic.twitter.com/yKf7ptKNRo

​Users mocked Rubio, bombing his thread with pictures of other famous black people, joking that "this is John Lewis".

It was an honor to know John Lewis pic.twitter.com/aIv0eB4Bvj

​Some deliberately "mistook" Rubio himself for other people.

Thank you for this correction, Senator Cruz.

People, stop criticizing Marco Rubio. I've liked him ever since I bought his first album (below). pic.twitter.com/SV41G1S4C5

​Others labeled Rubio a "total fraud", condemning him for failing to apologize for his mistake.

An incorrect photo? It was a photo of a completely different person and you can’t even apologize for that?

Why do you insist on being such a complete and total fraud?
Why?
It’s just so... exhausting.

​US Democratic Representative John Lewis died on 17 July due to cancer, and flags were ordered to be lowered in honor of the prominent civil rights advocate. Lewis is known to have been integral to the success of the 1963 Washington March for Jobs and Freedom, a member of the Big Six group, alongside Martin Luther King Jr., James Farmer, A. Philip Randolph, Roy Wilkins and Whitney Young. The march's purpose was and remains to ensure and protect equal civil and economic rights for African Americans.