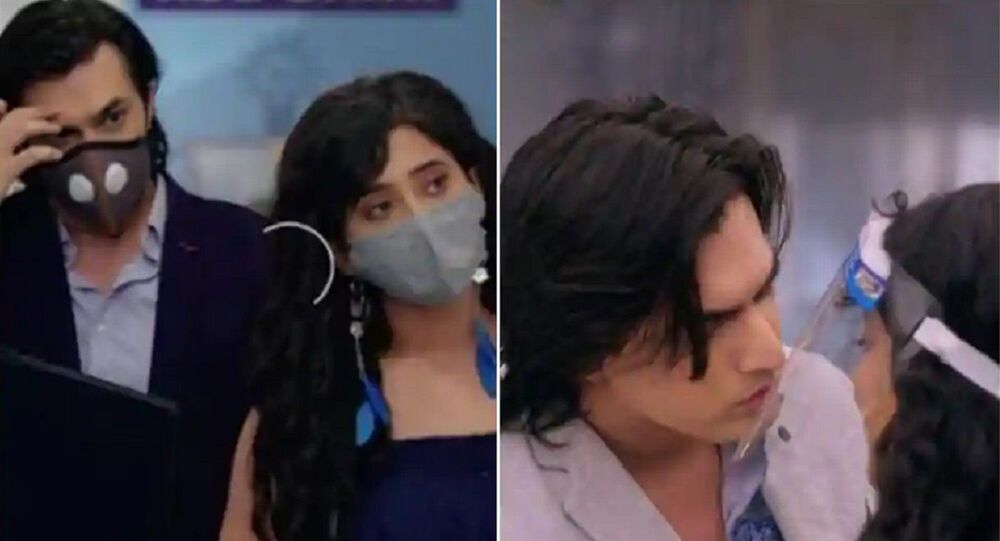 New Delhi (Sputnik): Indian soaps are hard to imagine without the elaborate looks of their characters, the extravaganza, large gatherings and the over the top expressions of their actors. Shooting has finally restarted in film city Mumbai after a 100-day hiatus.

Indian television shows hit the screen on 13 July, albeit with various time leaps built into their plots. Like rest of the world, these highly popular daily soap operas have embraced the new normal and incorporated face-masks, face shields gloves and hand sanitisers into the scripts along with social distancing norms.

In the new reality, the characters of reality television shows were seen romancing through face shields, using hand sanitisers before getting intimate and even occasionally removing their face masks to show their villainous expressions.

However, the new episodes didn’t seem to strike a chord with people who cringed over the kissing scenes while wearing face shields and matching masks with sarees as a new fashion statement.

The screengrabs from the serial went viral on social media and led to a wave of memes and jokes on the shows.

The Maharashtra government gave the go ahead to resume shooting while following a strict Covid-19 protocol. The standard operating protocol requires production houses and studios to use protective gear - face shields and masks. It also directs them to properly fumigate the shoot location and stagger working hours.

Reportedly, most channels have been asked to promote COVID-19 measures, given the soaps have such large audiences.