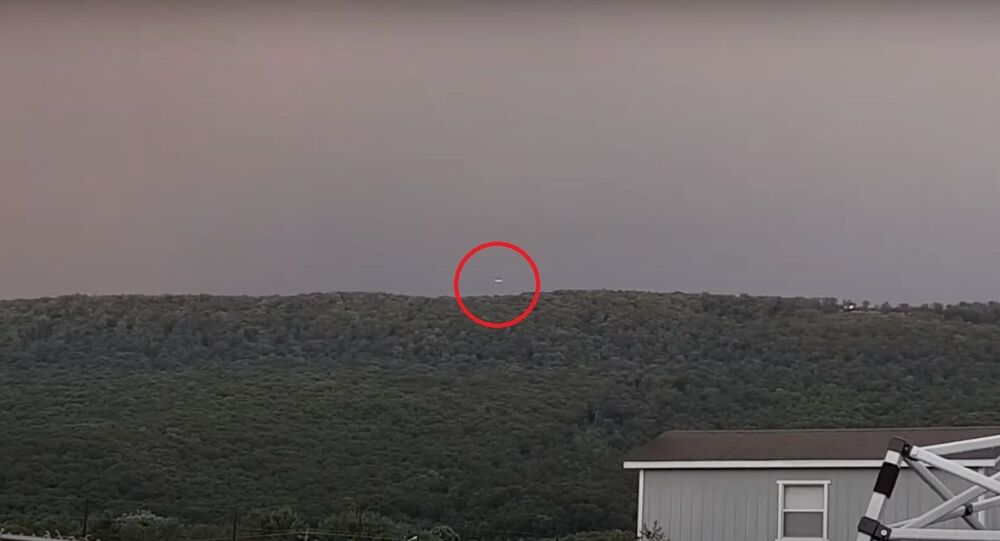 The white object was spotted hovering above the mountain ridge before descending behind it. The witness who filmed the video said he had never seen a plane like that, leading outer space lovers to suggest that it was a UFO.

A couple in Whitwell, Tennessee were looking for a double rainbow but instead apparently filmed a UFO.

A video uploaded by Whitwell resident Alan Barra in late June shows a white low-flying object gliding along the mountain ridge for about 20 seconds before disappearing behind it.

Alan’s wife can be heard saying in the video: “What is it? Are you recording this?” to which he replies: “I don't know what it is. It looks like a damn UFO.”

The clip has since appeared on several YouTube channels specialising in paranormal stuff. “Definitely a UFO. It has that classic haze around,” one commenter said.

“What's at the top of the mountain that the UFO might be interested in/headed to up there I wonder?” another wrote.

Barra gave a brief interview to one conspiracy theory channel, in which he did not rule out that the mystery object was a mere aircraft. “I can’t say for sure that wasn’t a plane, but I’ve not seen a plane like that,” he added.