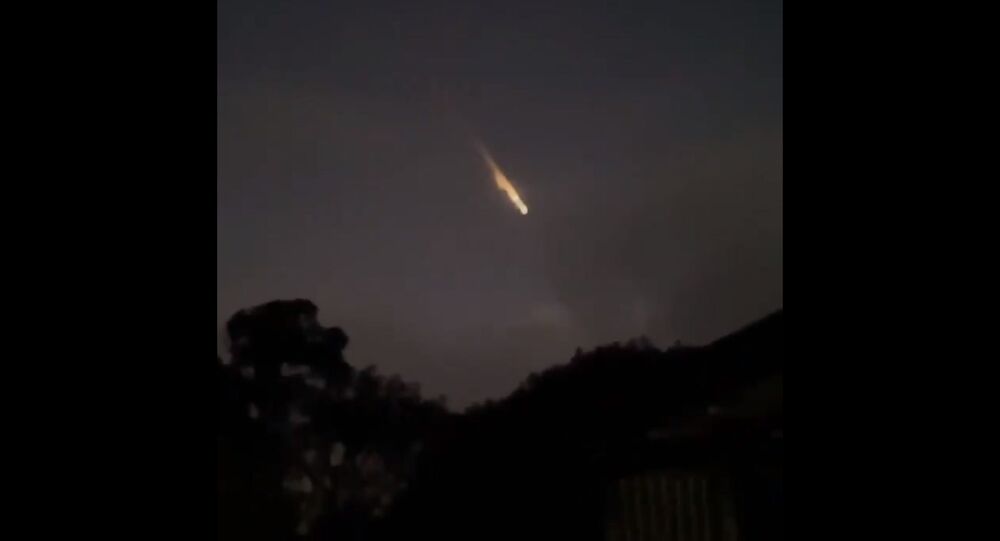 The fiery show was preceded by the launch of a Russian satellite from the Plesetsk Cosmodrome, while the third stage of the rocket's booster was expected to fall into the ocean near Australia.

Residents of south-eastern Australia were able to witness an "epic" fireball blazing through the sky on the night of Friday, 22 May, as purportedly a piece of space junk from a satellite launch re-entered Earth's atmosphere near the area, the Australian Broadcasting Corporation (ABC) reported, citing an astrophysics expert. Videos of the captivating show later surfaced on social media.

EPIC!! Check out this incredible vision captured by Mel Aldridge not long ago at Cashmore near Portland! We're getting plenty of reports. @abcmelbourne pic.twitter.com/1KuldCy6OJ

Twitterians were quick to come up with a whole array of theories about what the fireball in the sky was. Many guessed that it was a leftover from a Russian satellite launch and even considered billing Moscow for littering the waters, while some suggested it might simply have been comet.

Incorrect, it's the third stage of the Soyuz rocket launched this afternoon from Russia (a military satellite was the payload)

In accordance with the Shire of Esperance in Western Australia traditions. We will be sending the Russians a littering fine anytime soon? #space #soyuz

Other netizens, however, delved into more bizarre theories. One twitterian guessed that it could have been a UFO, while another suggested blaming Bill Gates - a man who has recently been accused by conspiracy theorists of being behind all kinds of trouble for mankind, including the coronavirus.

Pretty sure that was @BillGates

Prior to the appearance of the fireball in the sky above Australia, Russia launched a satellite carrying a classified payload earlier on the same day from the Plesetsk Cosmodrome. The rocket successfully delivered the satellite into its designated orbit, the Russian space corporation Roscosmos reported.