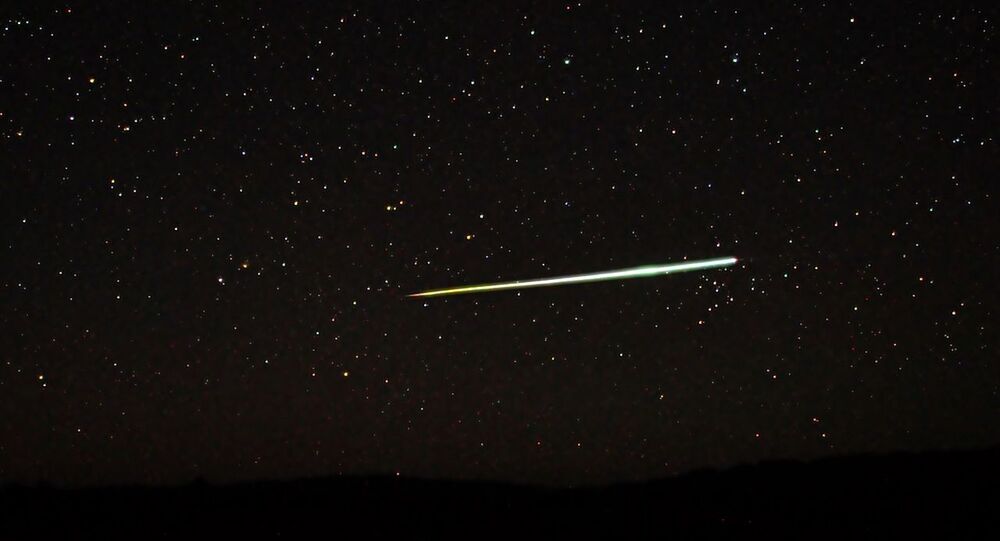 Fireball Lights Up the Skies Over Spain - Video

Meteors or meteoroids are broken particles of asteroids or comets orbiting the sun. They burn up while entering the Earth's atmosphere, creating the effect of a "shooting star".

A fireball was registered as it passed in the skies over Spain at a speed of 82,000 kilometres per hour, according to the SMART project, which is part of the astronomical observatories in Huelva, Sevilla and Toledo.

The object was spotted at 3:43 am local time last night, José María Madiedo, principal investigator of the project and researcher at the Institute of Astrophysics in Andalucia (IAA-CSIC) said. He added that the phenomenon could be seen from the regions of Andalucia, Extremadura and Castilla la-Mancha.

Meteoroids are small rocky or metallic bodies in outer space. They are broken particles of asteroids or comets orbiting the sun.