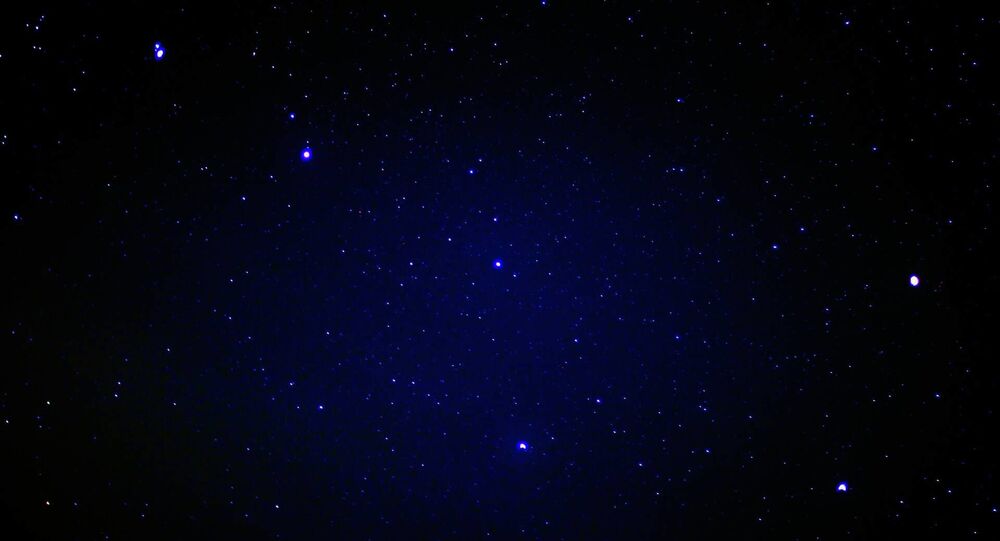 American actor and YouTube star Logan Paul filmed an unusual occurrence during one of the late-night walks and now social media users are debating what is the nature of the phenomenon he has witnessed.

“This is not a drill!”, Logan Paul announced to this 5.4-million Twitter audience as he shared a video of several sky objects rapidly approaching him and his friends from a long distance. The blogger even managed to capture one of the objects emitting a very bright string of light before fading out, which was unsurprisingly accompanied by several “wows” and other shock-induced utterances from his companions who also witnessed the event.

“Someone make this make sense!”, the YouTuber begged as he posted the clip.

THIS IS NOT A DRILL! We spotted 10-15 very distant, extremely fast lights moving across the sky & caught this one “glowing” as it went... someone make this make sense! pic.twitter.com/uXPzDkzbPM

​The video has provoked a flow of speculations from Paul’s followers who immediately saw it as evidence of aliens.

Some said that there was nothing unnatural in the phenomenon, as the blogger simply caught on camera a part of meteor shower.

personally had a similar sighting in Iceland last fall...the object suddenly emitted a very bright light like this. super bizarre. it was too high in the sky and too fast to be a plane.

But others speculated that the mysterious objects could have been n Elon Musk’s internet-bearing satellites which have been seen in some parts of New Zealand this February, making quite a light-show as they reflected sunlight from their surfaces.

Possibly SpaceX satellites that went into orbit recently. Saw them when they flew over NZ

Many, however, still insisted that the blogger filmed some NASA-triggered mystery which is yet to be uncovered.

Logan Paul is a famous YouTuber, boxer and author of the “Impulsive” podcast, who has managed to get several wins and awards for his social media reporting and commentary.