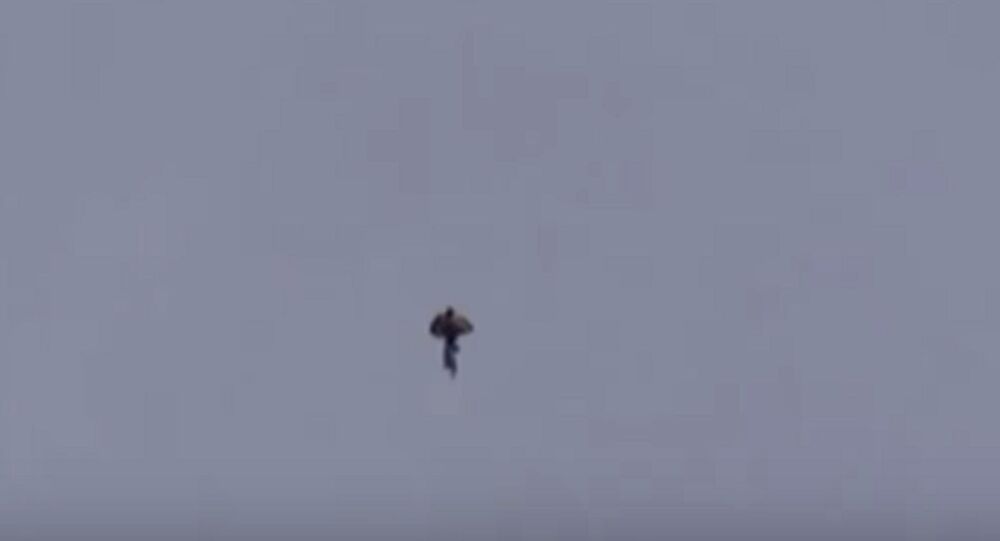 The development comes after several UFOs were spotted in different parts of the United States. In one such event, YouTube user Denspion captured footage of three red orbs floating over Washington.

Netizens were baffled after seeing a video of what appears to be a human-like figure with wings floating in the skies above Arizona. The footage was posted on 22 March by YouTube user Ballee18, who claims to have made the sighting near Ahwatukee urban village in the city of Phoenix. The video went viral after it was shared by the conspiracy channel mavi777. The video has been viewed more than 4,000 times.

Social media users have come up with different explanations, with some suggesting that the figure in the sky could be a human who is doing extreme social distancing in order to not contract the COVID-19 virus. Other netizens said that there is nothing mysterious in the video, which, according to them, shows a man flying with the help of a jet pack.
However, other users thought that the figure could be a sign of extraterrestrial life. "An alien drone", wrote one social media user. "Looks like some kind of floating craft, we are not alone", wrote another.

In other news, conspiracy theorists spotted a UFO during a livestream by SpaceX and found an alien skull on Mars.