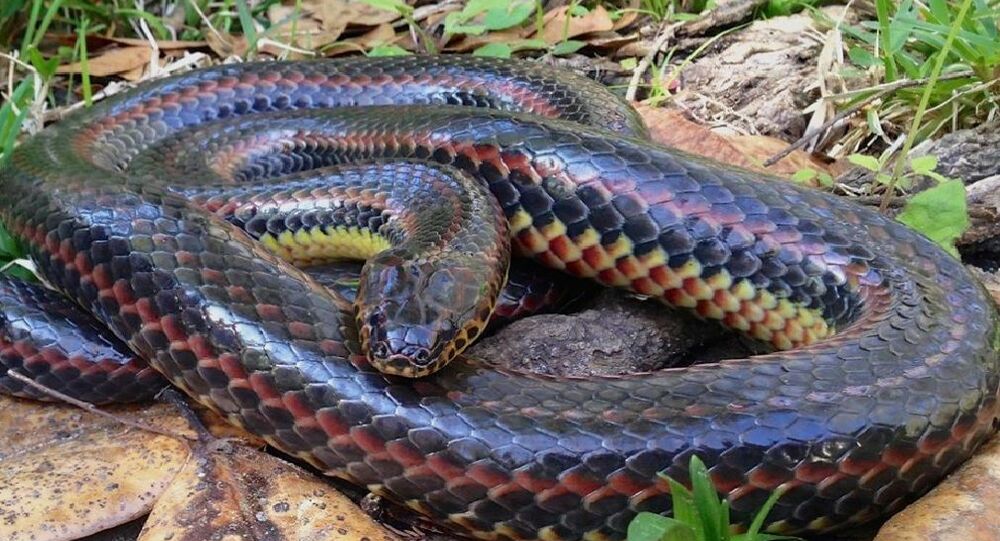 The elusive rainbow snake was spotted in Ocala National Park in Florida for the first time in more than 50 years. The last time the snake species Farancia erytrogramma had been seen in Marion County was in 1969.

Rainbow snakes are easy to recognise from their unique coloration. Their backs shimmer in blue and black, and there are three bright red stripes along their bodies.

The nonvenomous reptile was photographed by two women who were hiking through the park. Rainbow snakes spend most of their lives in aquatic vegetation, eating eels, which is why even herpetologists rarely notice them, unlike ordinary tourists.

Adult Rainbow snakes usually reach a length of 100 to 140 centimetres. The largest ever found, according to the Florida Museum of Natural History, grew to 167 cm.

These reptiles live on the vast territory of the Atlantic coastal plain in the US, which extends from eastern Louisiana to southern Maryland.