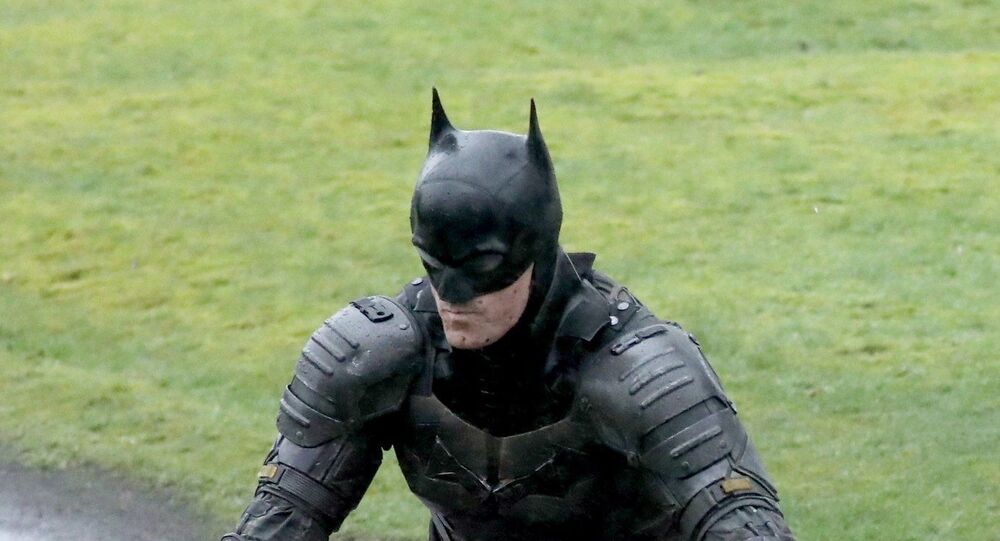 Photos were taken on the set of “The Batman” movie and leaked online Friday, showing the full batsuit for the upcoming film – less than a week after parts of the suit were revealed in a short video from director Matt Reeves.

In the photos, which were snapped at the Glasgow Necropolis cemetery in Scotland, a man, presumably a stunt double, is dressed as Batman while filming a scene on a motorcycle. A video, which was shot presumably on the streets of Glasgow, also shows the DC Comics hero riding his batcycle through the graveyard along with a female companion – who is thought to be Catwoman, played by Zoë Kravitz.

The most notable difference between this suit and the one earlier demonstrated in the director’s video is the cape: the one spotted on the movie set looks more like a military-style tactical suit without the Caped Crusader’s black clothing.

Catwoman: Can you come over?

Catwoman: I stole a diamond

​The Irish News wrote that despite rainy weather, the team will continue filming throughout the weekend in Glasgow, including at the Royal Infirmary. The film, which also stars Paul Dano as Riddler and Colin Farrell as Penguin, is slated for a June 25, 2021, release.