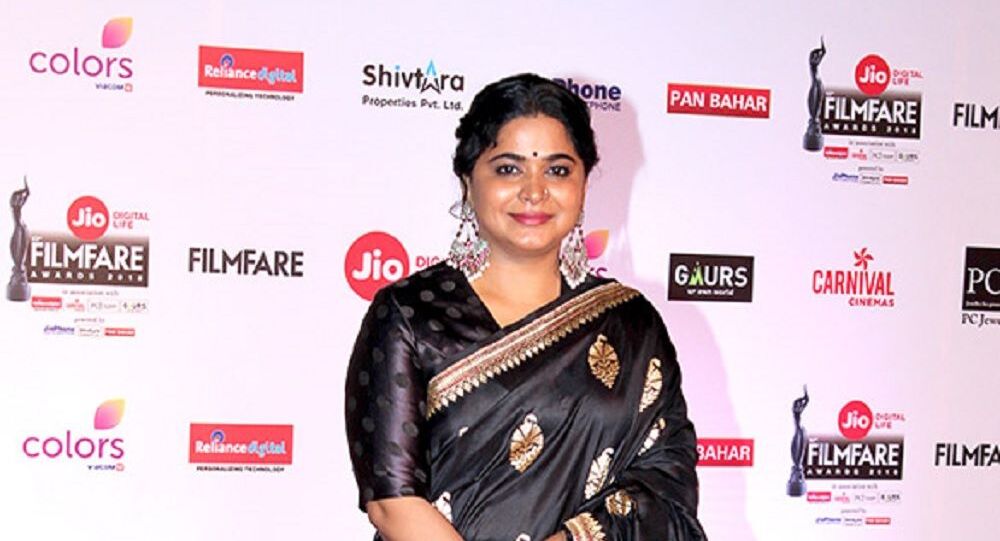 Our Generation is Kind of Stuck Between Progression, Regression: Bollywood’s Ashwini Iyer Tiwari

New Delhi (Sputnik): Director Ashwini Iyer Tiwari believes in highlighting the Indian women’s struggle through her projects, from depicting a mother’s role in motivating her daughter to study in the film “Neil Battey Sannata” to presenting the story of a national level Kabaddi player who gave up her dreams, after becoming a mother in “Panga”.

Ashwini Iyer, married to acclaimed director Nitesh Tiwari and mother to a son and daughter, says Bollywood actress and "Panga" star Kangana Ranaut, is extra special to her since she made it after becoming a mother. She also feels it's time for everyone to be more thankful to the women.

When asked if "Panga" came straight from her heart especially as a mother, the filmmaker told Sputnik: "All my projects come straight from the heart, because we put years of heart and soul in every film."

"'Panga' is extra special because I made this film after I became a mother. There is so much happening around us that I felt it is an important story to speak about in this generation, in this progressive nation where we are kind of stuck between progression and regression," she says.

Ashwini, who has also won awards for her 2017 directorial film "Bareilly Ki Barfi" about a young girl from the small-town Bareilly, with big dreams, says there's a lot of confusion when it comes to giving equality to our women.

"On the one hand, we want our women to go ahead, but we are kind of stuck in the dilemma where we do not know how to support (them), and this is the whole crux of confusion where women also feel that -okay, this is the time for me to stay back home and be with family," the director opines.

"I feel that for the longest time, men used to go out and work and never used to think about what was happening at home. Women were considered Mother India at home, [and valued] when they used to take care of the house beautifully. She was the CEO of the house, and she had never put her interests right in front of her," she added.

Ashwini, who makes sure to be in touch with her kids through phone and video calls, says that now things are changing, and the fathers of the house are filling up gaps when the mother is not around.

"I think there is a change in the whole dynamics of how a father should act in the house. From the time when kids were hesitant to talk openly with their fathers, to now, becoming more responsible in terms of little things is highly commendable. Also, the changing economy sees fathers now talking to their daughters about their periods, which is a great sign of how maturely we are moving forward as a society. Discussions are happening between mothers and fathers on important issues, and this is great," says Ashwini.

So being married to the filmmaker known for shooting superstar Aamir Khan in "Dangal", do you two discuss work?

Ashwini says: "It is bound to happen that we discuss work. However, I don't understand why nobody asks my husband if he discusses work with his wife. Why does the same question come to me always?"

"Dangal" talks about how a national wrestling champion who was forced by his father to give up the sport to find a full-time job, decides to fulfil his dream of winning a gold medal for the country by training his daughters for the Commonwealth Games.

Ashwini's film "Panga" is a movie inspired by the life of a national-level Indian Kabbadi player. It's about a mother's ordeal to be successful, and her taking on the stereotyped mindsets of society to follow her dreams. The film will hit the screens on 24 January.

Talking about how open actresses are to playing the roles of mothers early in their career, the filmmaker says: "When there were mother roles, half of the actresses are scared to play them. However, now the perception has changed, and audiences are also looking at it differently."