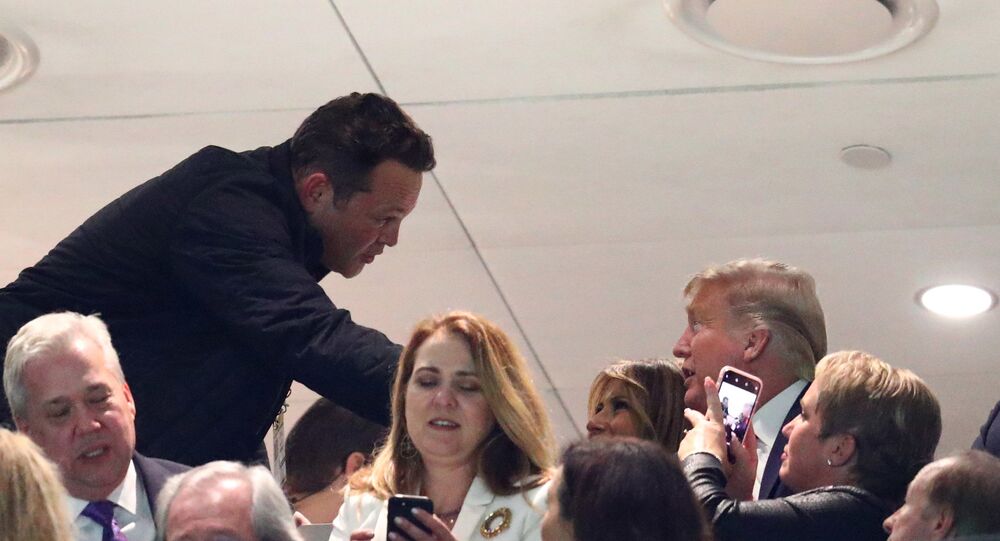 As Vaughn’s representative reportedly explained, the actor and the President of the United States did not attend the football game together but only met briefly during the event.

It appears that US President Donald Trump has once again managed to steal the spotlight on social media, this time together with popular actor Vince Vaughn, as the two men were caught on camera chatting and shaking hands at a college football national championship game in New Orleans.

According to People magazine, a representative for Vaughn said that the actor and the president did not attend the event together but simply “met this evening at the game briefly.”

As the video of their encounter went viral, however, a number of social media users did not appear pleased with this interaction between Trump and Vaughn.

I'm very sorry to have to share this video with you. All of it, every part of it. pic.twitter.com/ELMbDHZbZq

All of you saying calm down, Vaughn is shaking the hand of the man who is hell bent on destroying not just our democracy, but our survival in the world community, for his personal benefit. Wake up!

Whelp... that tells me all I need to know about Vince Vaughn. 🤢

Vince has always been a colossal doucebag

Others, however, praised Vaughn and went on to bash his and Trump’s detractors instead.

Oh em gee. Someone in Hollywood has their own opinion and think piece in their brain. God forbid 😂

Man, I just can't believe how bold some of these Hollywood people are becoming, first Ricky, and now Vince.

If this keeps up people might realize that they live in a free country, and it's ok to have different opinions than the ones shouted at you on TV.

Love Vince Vaughn! A man who can stand his ground. Hell no to political correctness. 😎 pic.twitter.com/7zhG0D57MD

The battle against civility and sanity must be relentless! pic.twitter.com/iv5pK12BsY

And there were also those who argued that considering Vaughn’s views, there’s nothing to be surprised about.

I'm not sure what people are so upset about. Vince Vaughn has always been a Republican. Who cares? Man up, Timothy. pic.twitter.com/hCTBS4yIGX