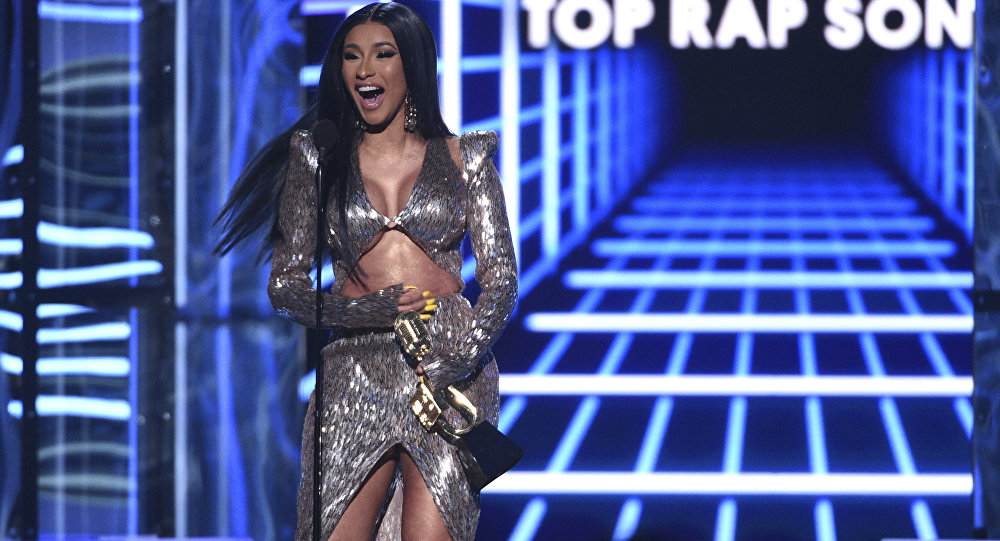 Cardi B Tweets She 'Wants to Be Politician'

The rapper celebrity shared her thoughts about getting involved in US politics in a series of tweets on Sunday, adding that she “loves government” even though she doesn’t always agree with “the Government.”

Cardi B seems to be serious about getting into politics, following her tweet with a small explanation saying, “No matter how many weapons a country have you need people! How are you trying to go against a country and possibly start a war when this country lacks patriotism? I barely see people claiming they LOVE being American.”

Like I was watching War https://t.co/r4gwhTQkHy matter how many weapons a country have you need people ! How are you trying to go against a country and possibly start a war when this country lacks patriotism? I barely see people claiming they LOVE being American.

She also promised her audience to readdress the matter, possibly with a video explaining her intentions, on another day.

The rapper is well known for her outspoken political views, has been a vocal critic of President Trump who endorsed Bernie Sanders in the presidential race last year, yet it remains unclear just how serious she is about possibly running for office. Cardi B recently made headlines after posting about possibly relocating to Nigeria after Trump ordered a drone strike that killed Iranian general Qasem Soleimani earlier this month, and Tehran retaliated with missile strikes on a base in Iraq housing US troops.

She had previously indicated in an interview with “Entertainment Tonight” last May that she wouldn't consider mounting a campaign for office because she feels “like that’s a big responsibility.”

“But it's like when you're like a political person, you cannot let millions of people down that voted for you, that rooted for you to make their lives better. So that's just not my thing,” the celebrity said at the time.

Out of Sight: Iggy Azalea Deletes Her Instagram Amid Rumors of ‘Rift’ Between Her and Cardi B

Going Back to Her Roots? Cardi B Drops Jaws With Lap Dances, Money Rain in Nigerian Strip Club

Cardi B, Chance the Rapper Believe Trump Will Get Re-Elected Because He Has ‘the Biggest Base’